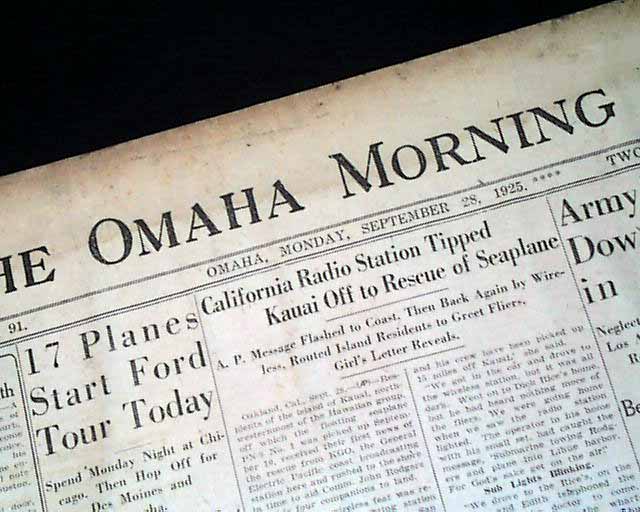 
THE OMAHA MORNING BEE, Omaha, Nebraska, September 28, 1925  This 8 page newspaper has one column headlines on the front page that include:

This tells of the sinking the USS S-51 (SS-162) submarine near Block Island off of Rhode Island.

Other news of the day. Usual browning with little margin wear, otherwise good. 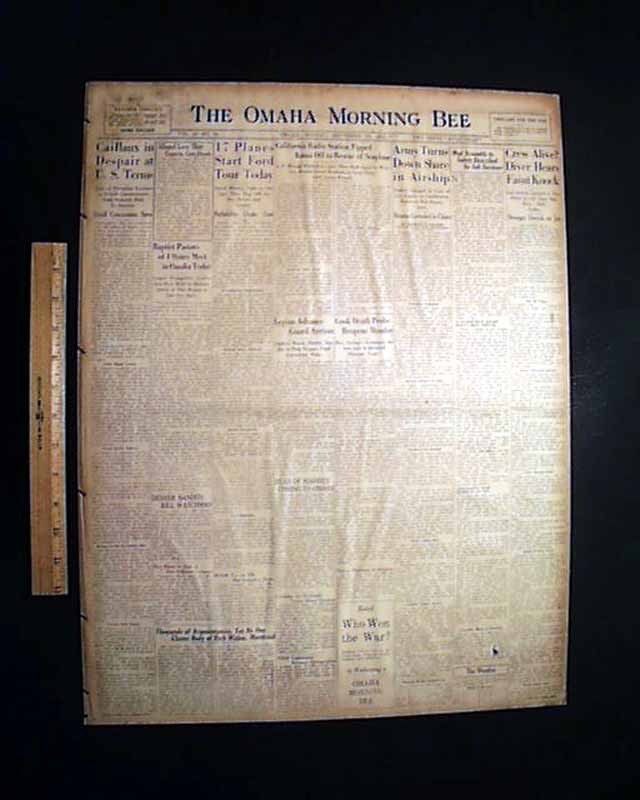 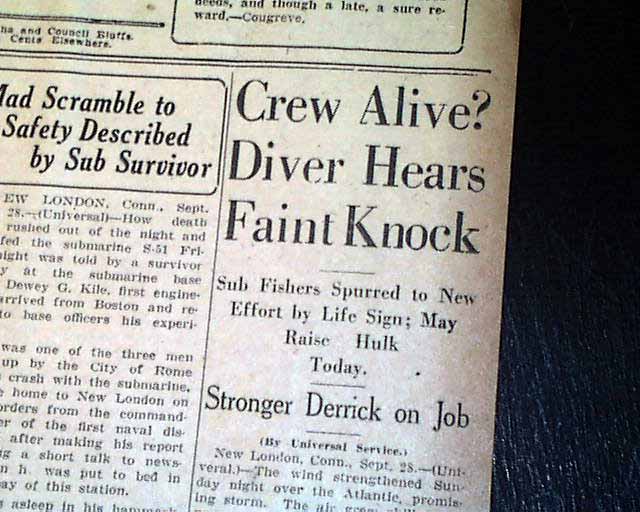 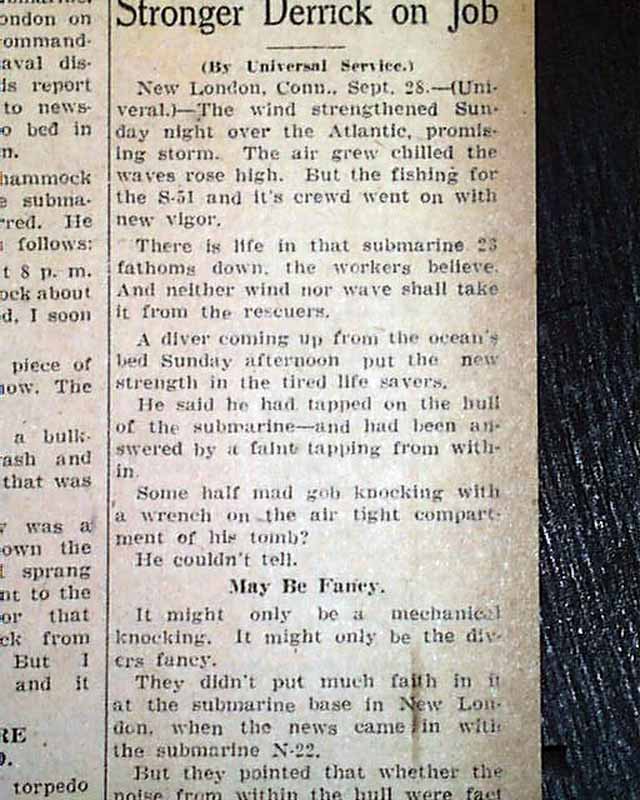 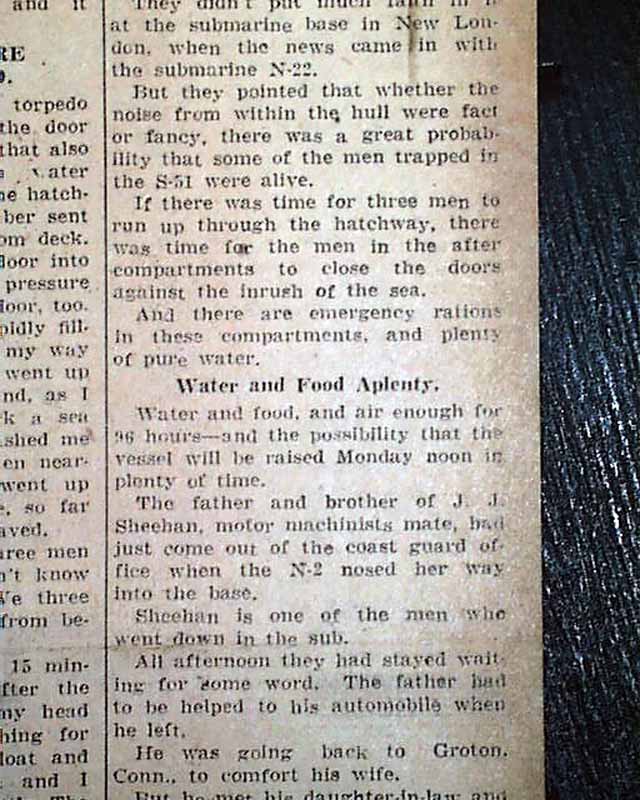 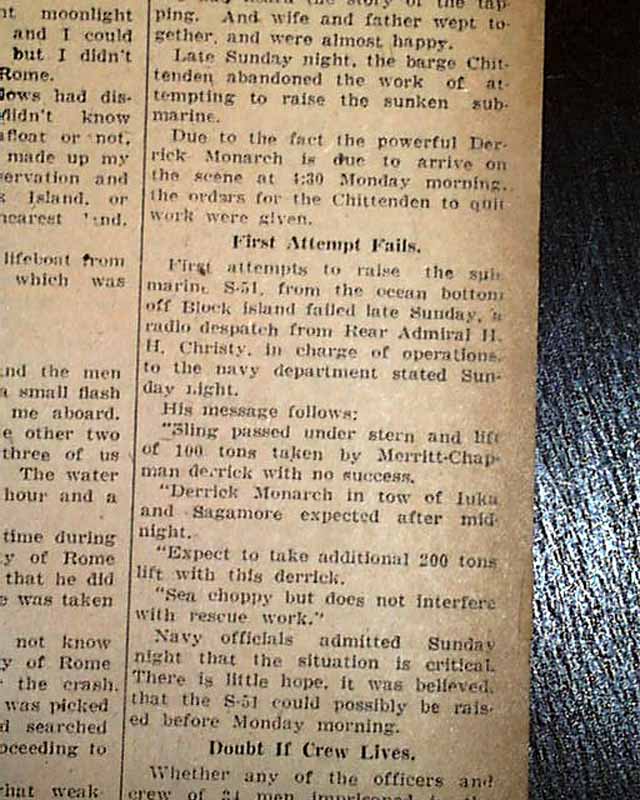 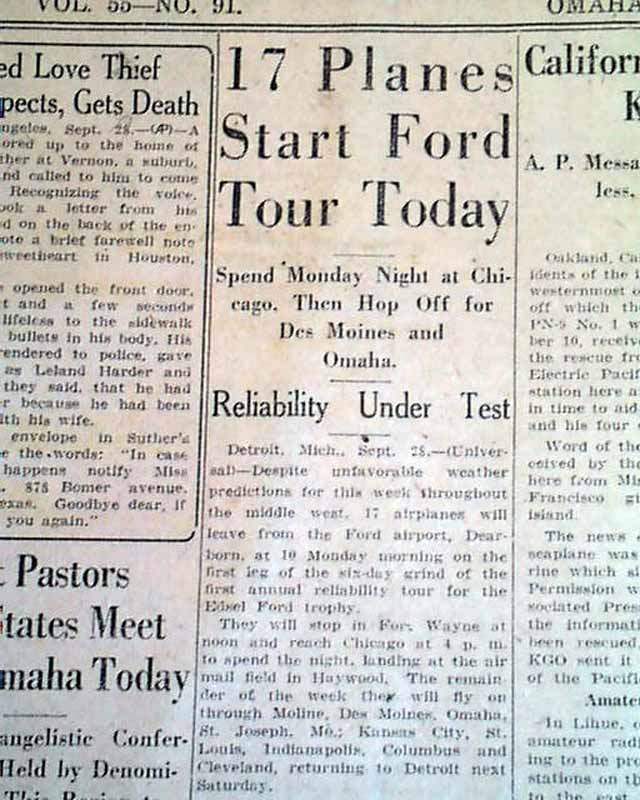