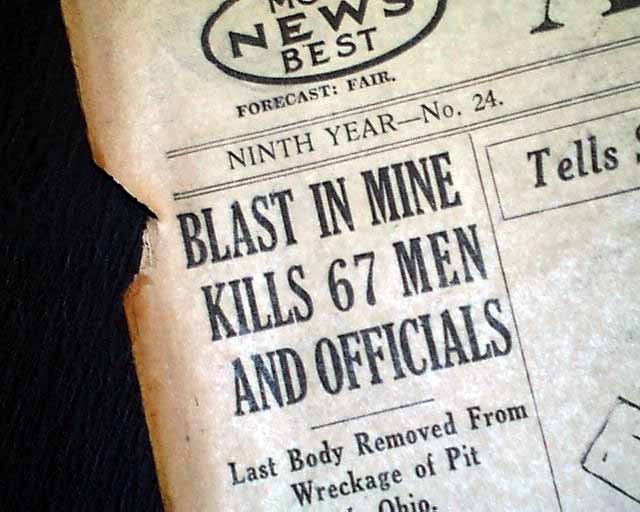 Tells of the Millfield Mine disaster  in Ohio.

Other news of the day. Light browning with some spine wear including archival tape mend near beginning of mentioned report, otherwise in good condition.

wikipedia notes: The Millfield Mine disaster, Ohio's worst mine disaster, occurred November 5, 1930, in a Sunday Creek Coal Company mine in Athens County, Ohio. According to the historical marker at the site in Millfield, Ohio, the explosion killed 82 people, including the company's top executives who were in the mine inspecting new safety equipment. Nine hours after the explosion, rescuers found 19 miners alive underground, three miles from the main shaft. The disaster attracted national press coverage and international attention, and it prompted improvement of Ohio's mine safety laws in 1931.