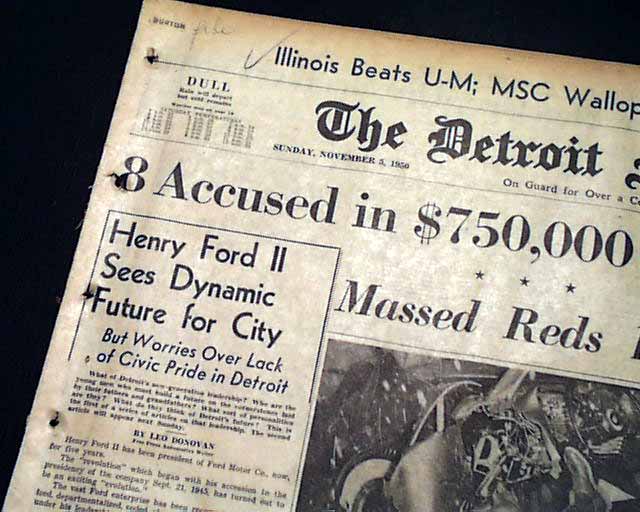 This 50+ page newspaper has a two column headline in the sport''s section: "'Old Pete' Alexander, Baseball Great, Dies" with caption: "Game Ends At 63"

Other news of the day with much on the college football games from the previous day.

Light browning with some small binding holes along the spine, otherwise good.

wikipedia notes: Grover Cleveland "Old Pete" Alexander (February 26, 1887 – November 4, 1950) was a Major League Baseball pitcher for the Philadelphia Phillies, Chicago Cubs, and St. Louis Cardinals. He was elected in 1938 to the Baseball Hall of Fame.