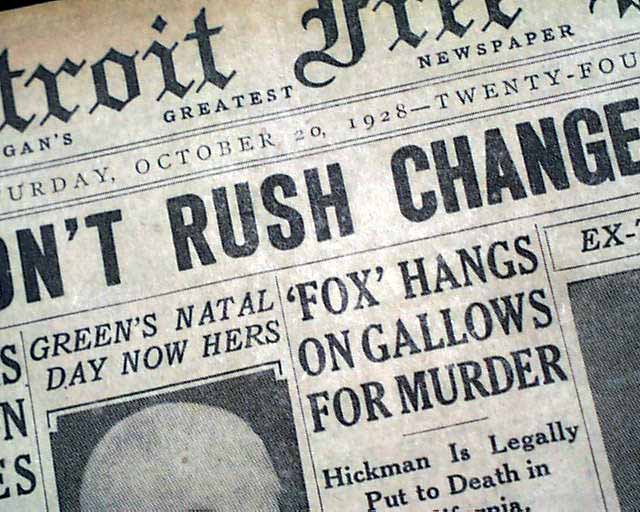 Tells of the execution by hanging for William Edward Hickman for the murder of 12 year old Marion Parker after kidnapping her.