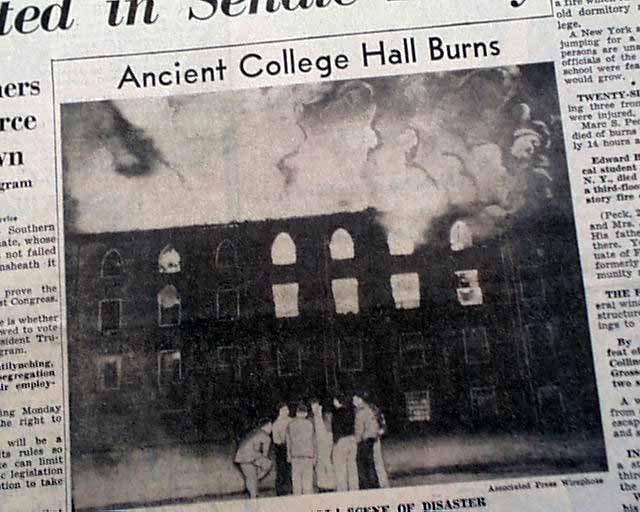 This 26 page newspaper has a nice banner headline on the front page: "COLLEGE DORM BURNS; 2 DIE" with subheads and photo of the building on fire. (see)

Tells of the 'Old Kenyon' dormitory fire at Kenyon College in Gambier, Ohio. This site is famous for many ghost sightings of the students killed in the fire.

Other news of the day throughout. Some small binding holes along the spine with a small library stamp near the top, otherwise in good condition. Nice for display !