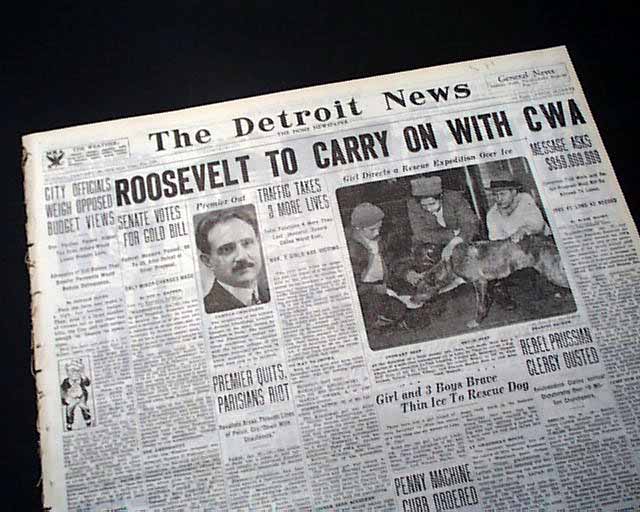 This 40+ page newspaper has one column headlines on page 5: "INDIANA TO GET DILLINGER GANG" "Extradition Plans Are Announced at Office of Governor of Arizona"

Other news of the day. Rag edition with minor spine wear, otherwise in good condition.

wikipedia notes: A fire broke out at the Hotel Congress in Tucson where members of the Dillinger gang were staying. Forced to leave their luggage behind, they were rescued through a window and down a fire truck ladder. Charles Makley tipped a couple of firemen $12 to climb back up and retrieve the luggage, affording the firefighters a good look at several members of Dillinger's gang. The firemen later recognized Makley and Ed Shouse while thumbing through a copy of True Detective and informed the police who promptly arrested Harry Pierpont, Charles Makley, Russell Clark, Ed Shouse, and Dillinger. They found them in possession of over $25,000 in cash and several automatic weapons. Tucson celebrates the historic arrest with an annual "Dillinger Days" festival, the highlight of which is a reenactment.

The men were extradited to Indiana, where Dillinger was held in the Crown Point jail, while the others were then sent to Ohio to stand trial for the murder of Sheriff Jess Sarber. 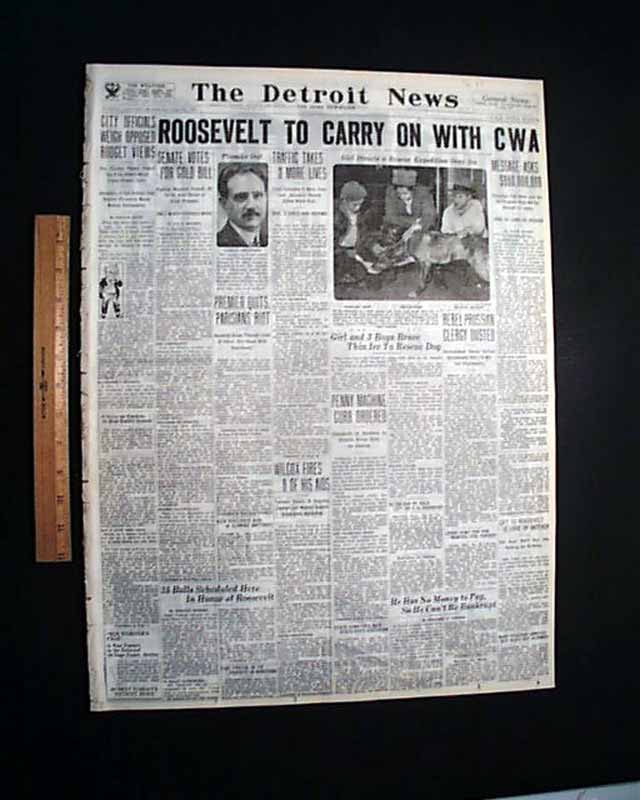 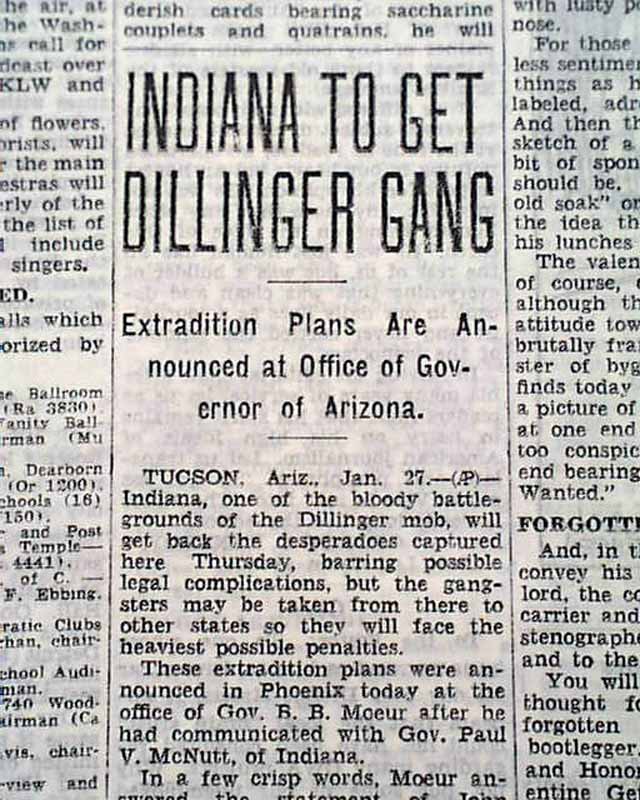 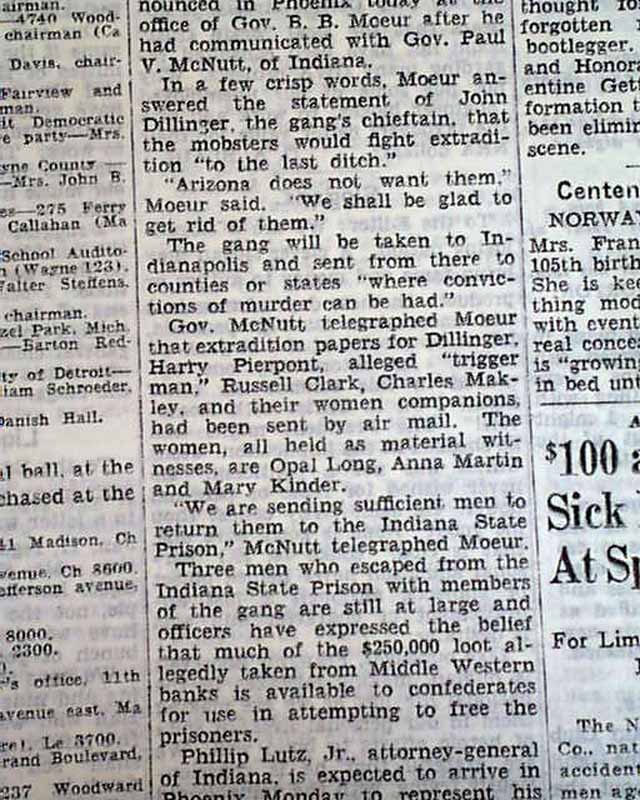 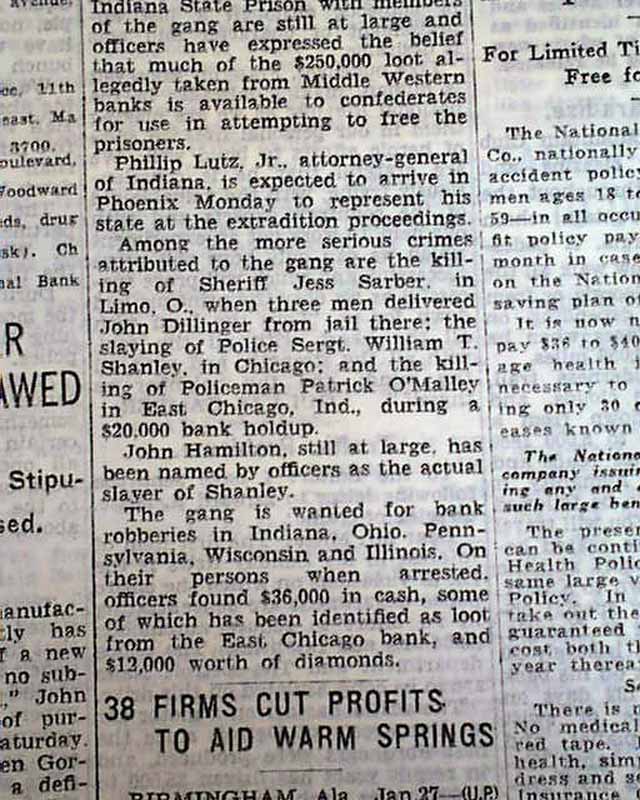