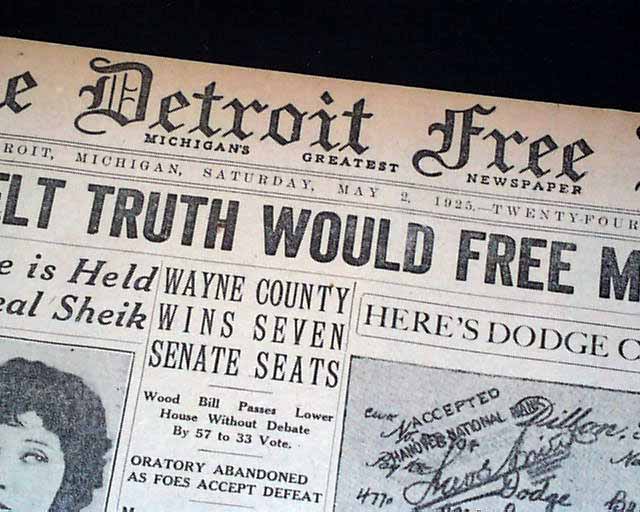 This 24 page newspaper has a one column headlines on page 17 that include: "ATHLETICS BOW TO WASHINGTON" and more. This was the game in which Jimmie Foxx made his MLB baseball debut. He entered the game late as a pitch hitter and hit a single in his very 1st at bat in the majors. Notice they spelled his last name with one 'x' instead of two.

Other news of the day. Light browning with some unrelated margin wear, otherwise good.

wikipedia notes: James Emory "Jimmie" Foxx (October 22, 1907 – July 21, 1967) (nicknamed Double X and The Beast) was an American first baseman and noted power hitter in Major League Baseball. Foxx was the second major league player to hit 500 career home runs, after Babe Ruth; and, at age 32 years 336 days, is the second youngest to reach that mark, behind Alex Rodriguez. His three career Most Valuable Player awards are tied for second all-time.