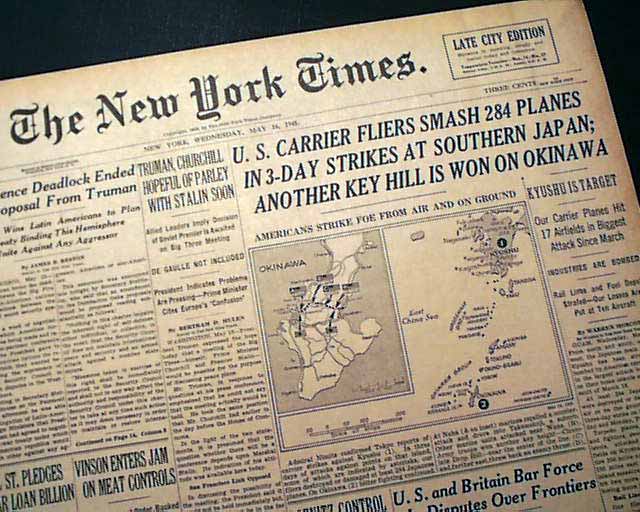 This 36 page newspaper has one column headlines on page 8: "AMERICANS SEIZE MASS GAS KILLER" "Kaltenbrunner, Originator of Germans; Technique of Execution, in Custody"

Also on the same page are photos of Hermann Goering soon after his capture. (see) This item is being listed to show that such camps really did exist despite accusations from some that they did not.

Other news of the day throughout with much on World War II. Light browning, otherwise good.

wikipedia notes: Ernst Kaltenbrunner (4 October 1903 – 16 October 1946) was a senior Austrian official during World War II, holding the offices of Chief of the RSHA, and (from 1943 to 1945) President of Interpol. He was the highest-ranking SS leader to face trial, having the full rank of Obergruppenführer und General der Polizei und Waffen-SS. He was found guilty of war crimes and crimes against humanity and executed. 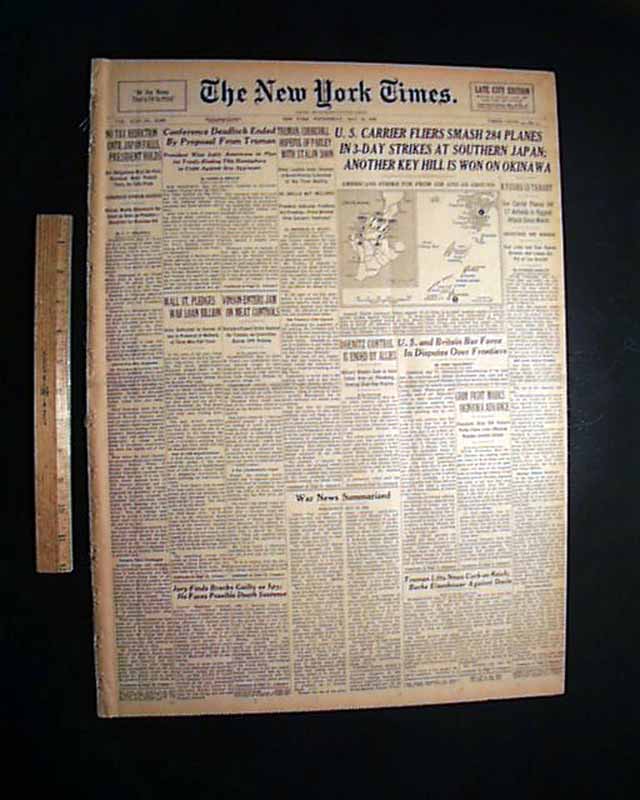 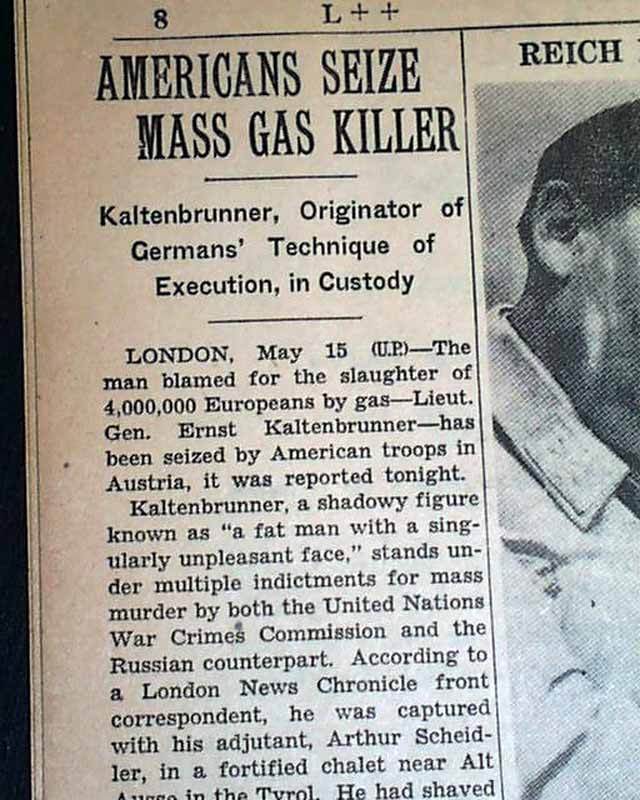 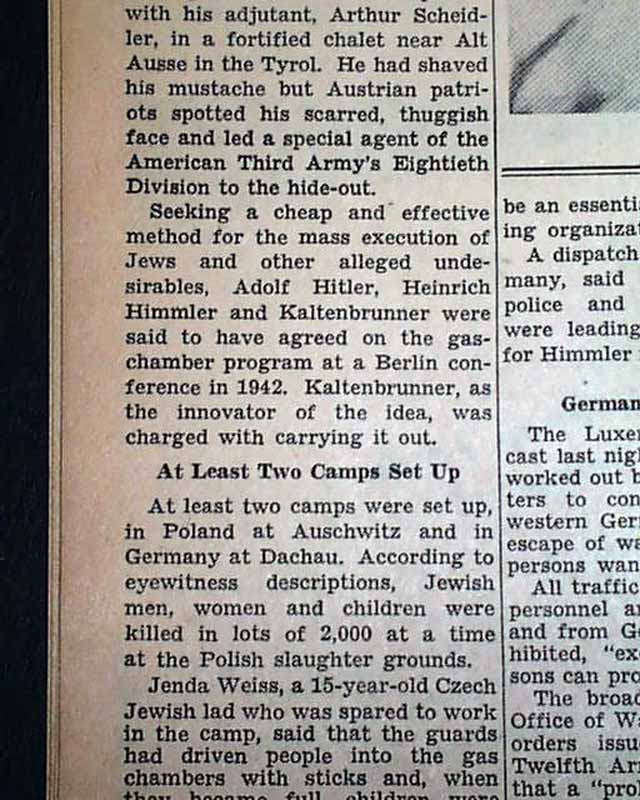 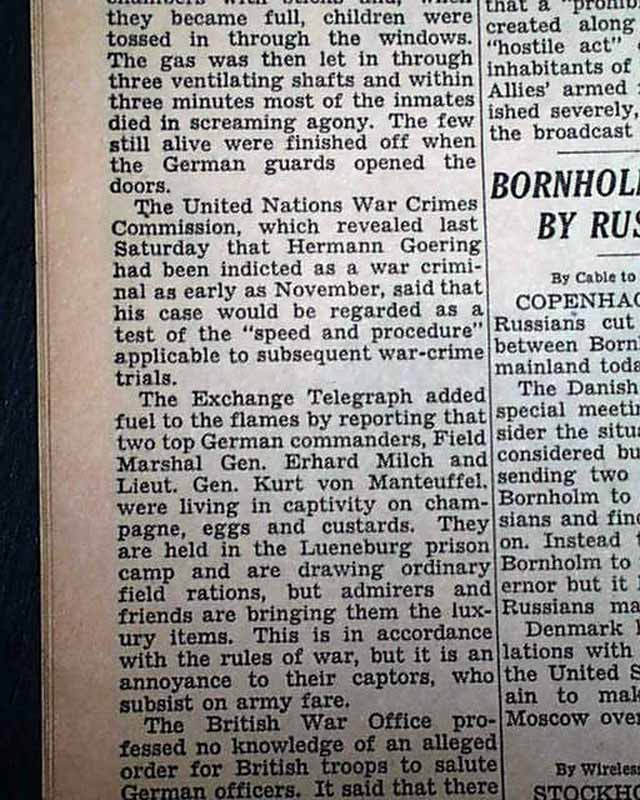 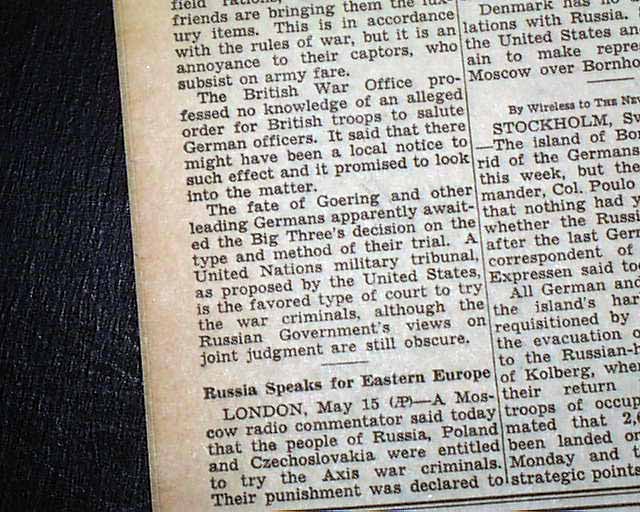 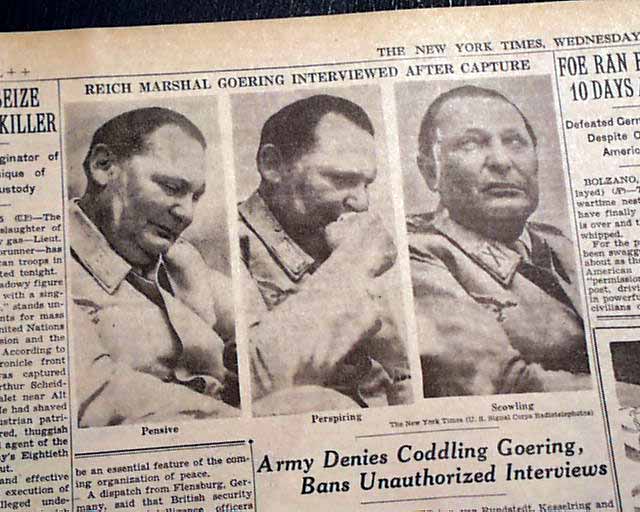