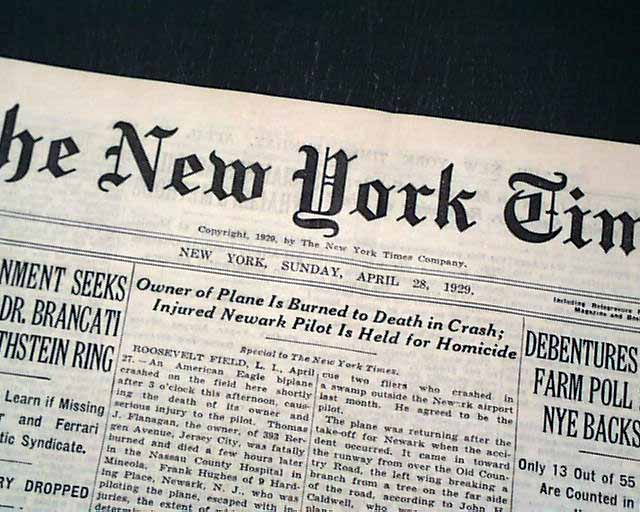 This 80+ page newspaper has a banner headline on page 5 of the sport's section (near back): "Robins Are Beaten by Phillies, 8 to 3, and Drop to Last Place in League Standing" with subheads that include: "Klein and Dudley Collect Hits for Circuit" "Dudley Hits Home Run" and more with box scores. (see)

Tells of Clise Dudley hitting a home run on his very 1st at bat in MLB on the very 1st pitch. He was the 1st player in Major League Baseball history to do this.