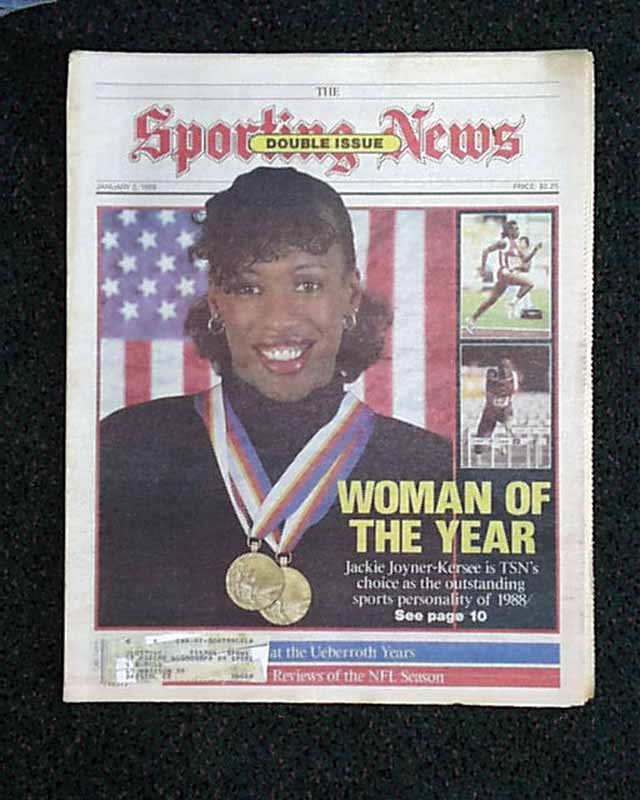 The front page photo of this issue shows "Woman of the Year--Jackie Joyner-Kersee is NSN's choice as the outstanding sports personality of 1988." Some of the items within this issue include: "NFL Season in Review", "Is Fiesta a 'Winner Is In' Match?" and more.