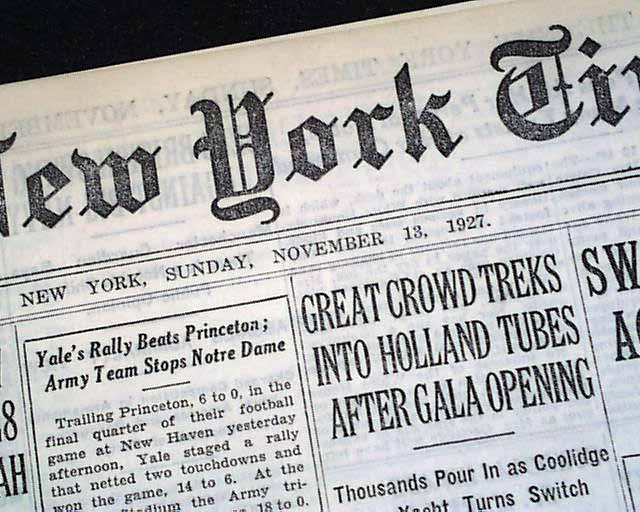 This 80+ page newspaper has one column headlines on the front page that include:

and more. (see) Reporting continues on page 26 with related photos. Loads of text, too much to photograph.

Tells of the 1st underwater tunnel opening between New York City and New Jersey. Great to have in this famous NYC title.

Other news of the day throughout. Rag edition in Nice condition.

wikipedia notes: The Holland Tunnel is a highway tunnel under the Hudson River connecting the island of Manhattan in New York City with Jersey City, New Jersey at Interstate 78 on the mainland. Unusually for an American public works project, it is not named for a government official, politician, or local hero or person of historical interest, but for its first chief engineer. The tunnel was originally known as the Hudson River Vehicular Tunnel or the Canal Street Tunnel and, along with the Lincoln Tunnel, is one of two highway tunnels under the Hudson River.

Work on the tunnel, officially designated the "Hudson River Vehicular Tunnel Project", began on March 31, 1922, with a gang of workers starting digging at the corner of Canal Street and West Street. On October 27, 1924, the day before the two halves of the tunnel were scheduled to be linked, 41-year-old Holland died of a heart attack in a sanatorium in Battle Creek, Michigan, attributed by individuals cited in The New York Times to the stress he endured overseeing the tunnel's construction. "Holing through" ceremonies scheduled for that day, in which President Calvin Coolidge would have remotely set off an explosion to connect the two sides of the tunnel, were canceled out of respect for Holland's death. The project was renamed the Holland Tunnel in memory of its first chief engineer by the New York State Bridge and Tunnel Commission and the New Jersey Interstate Bridge and Tunnel Commission on November 12, 1924.Holland was succeeded by Milton H. Freeman, who died of pneumonia in March 1925, after several months heading the job.[18] After Freeman's death, the position was occupied by Ole Singstad, who oversaw the completion of the tunnel and designed its pioneering ventilation system. 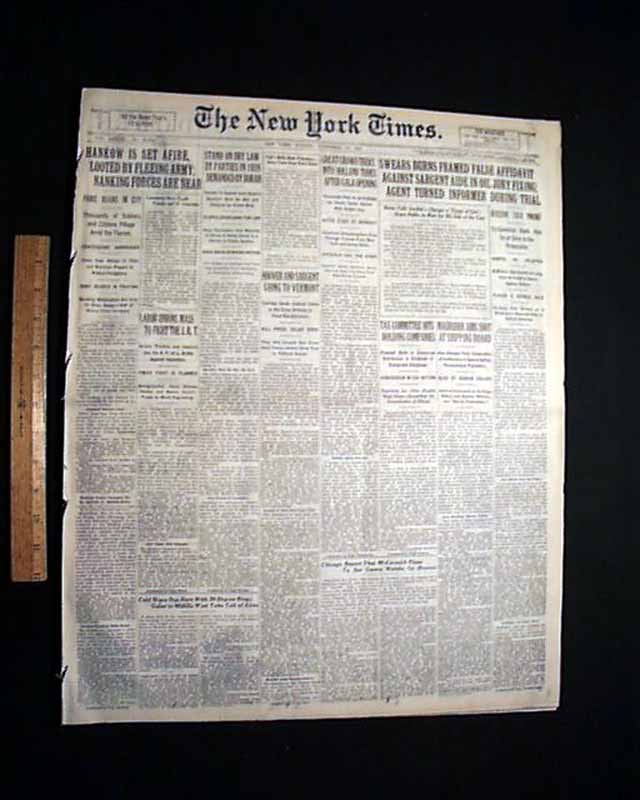 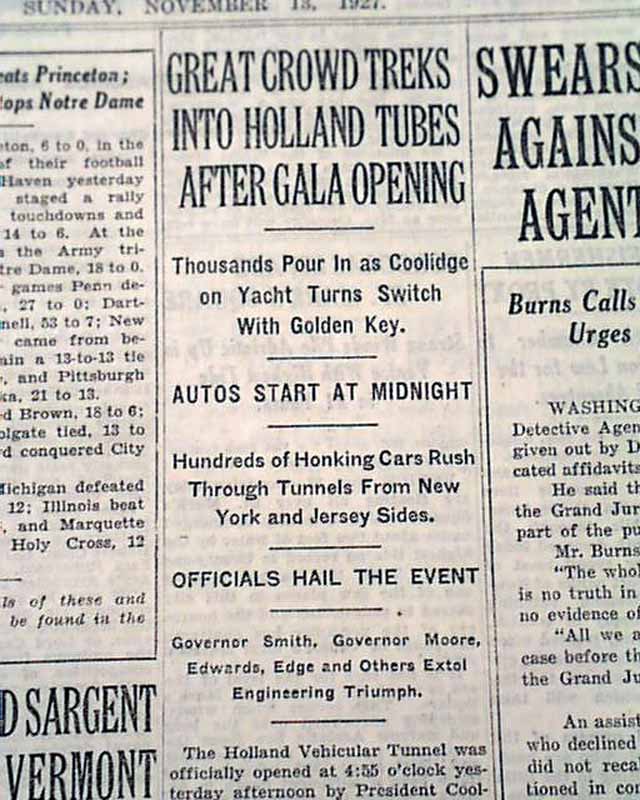 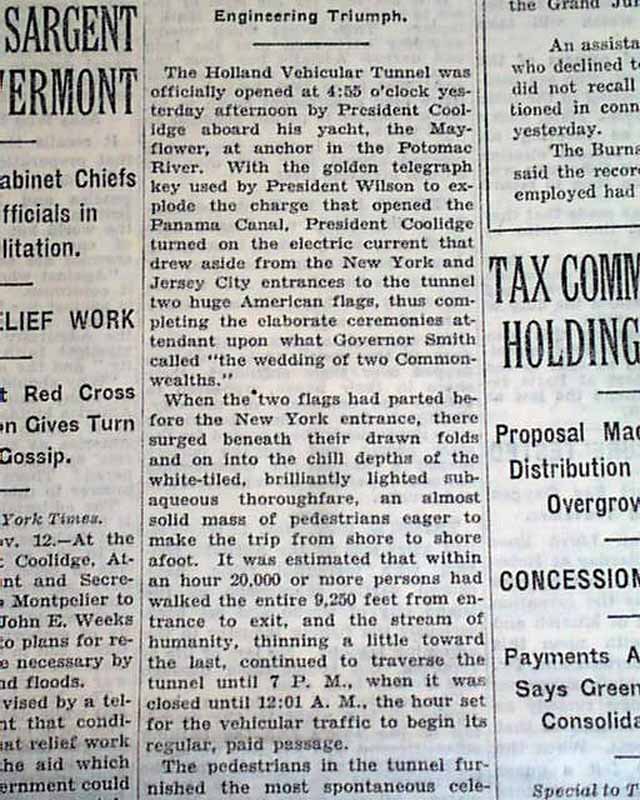 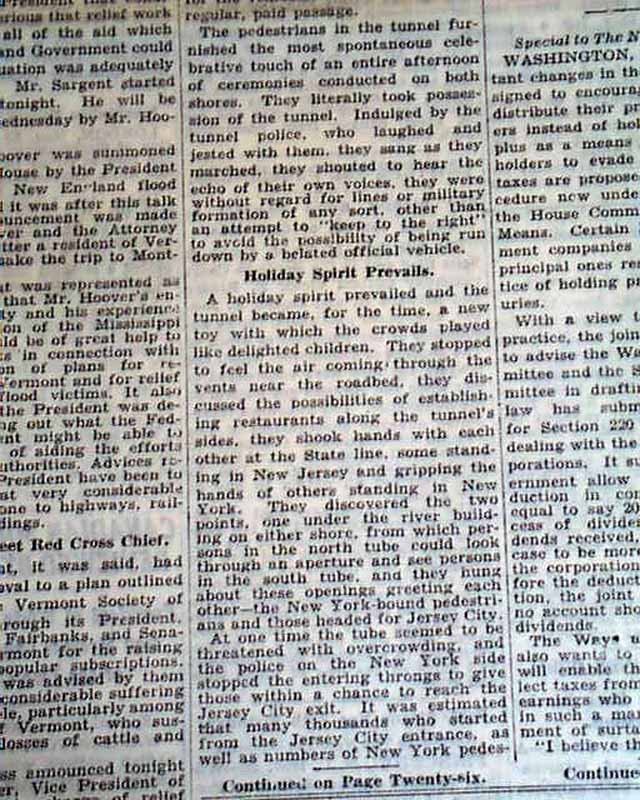 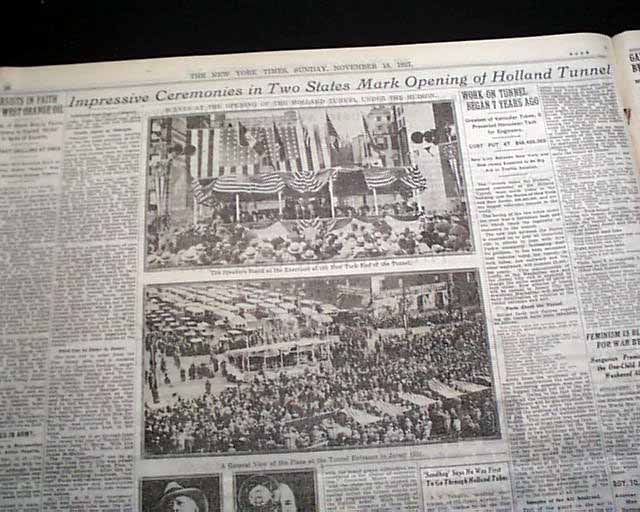 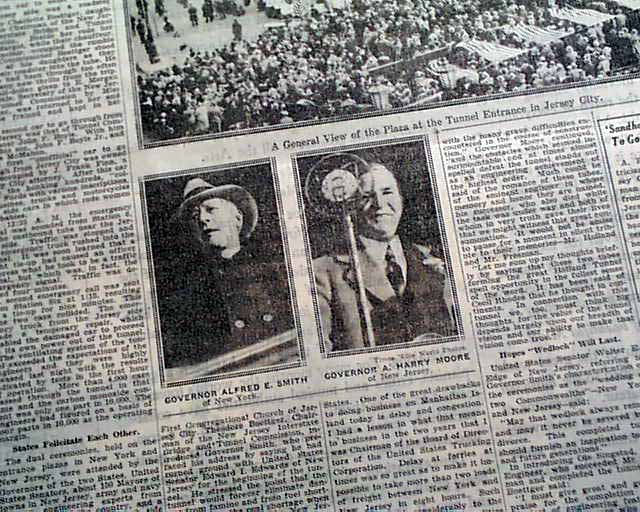 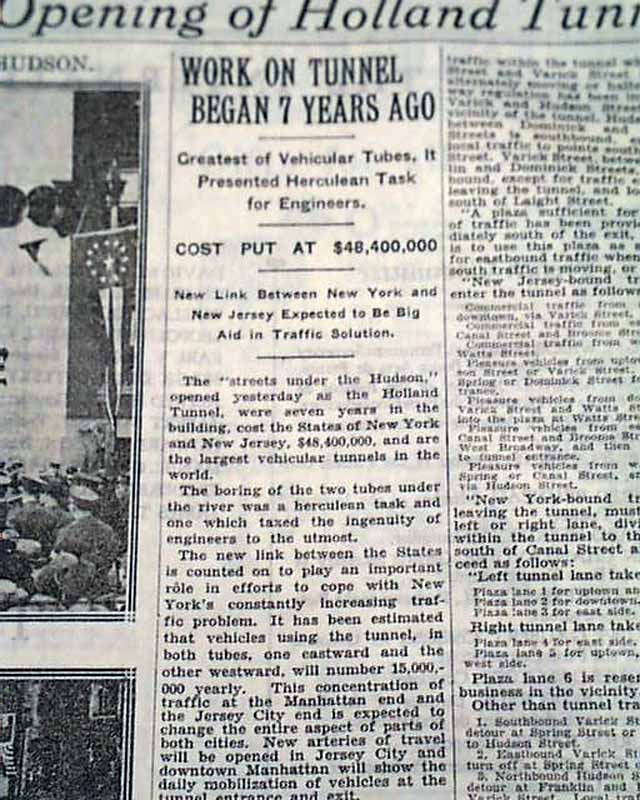 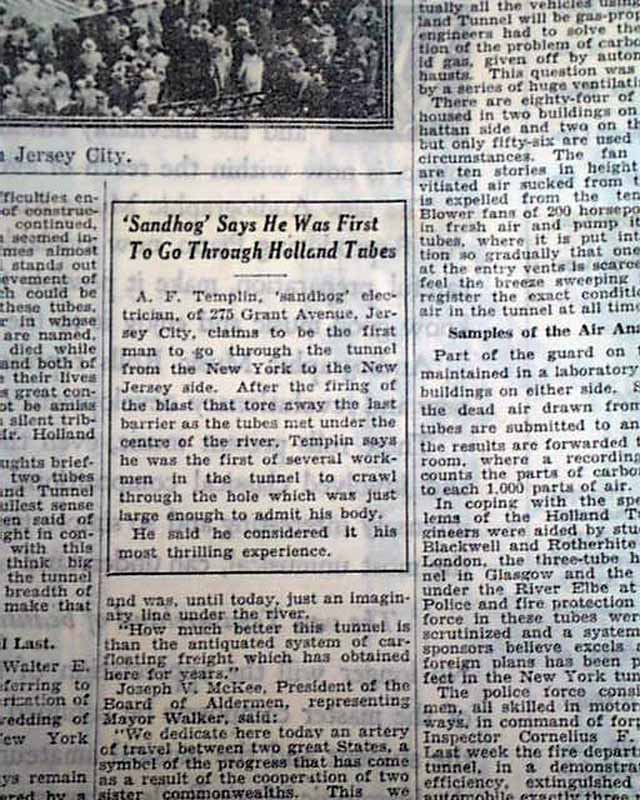