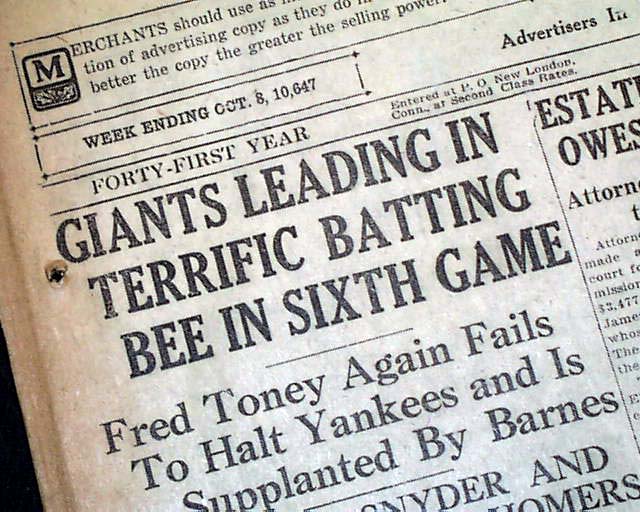 This 12 page newspaper has two column headlines on the front page that include: "GIANTS LEADING IN TERRIFIC BATTING BEE IN SIXTH GAME", "E. MEUSEL, SNYDER AND FEWSTER MAKE HOMERS" and more with lineup. (see) More in the sport's section.

Other news of the day throughout. Light browning with a few small binding holes along spine and minor margin wear, otherwise in good condition.

The Series was the first to be broadcast on radio. Announcer Thomas Cowan recreated the game over Westinghouse-owned WJZ in Newark, listening to phoned-in reports from the stadium.[1]