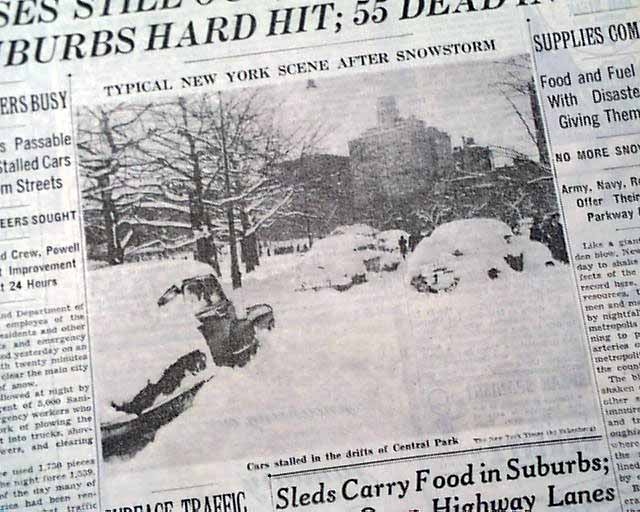 This 70+ page newspaper has a five column headline on the front page: "CITY IS MASTERING RECORD SNOW; BUSES STILL OUT, RAIL LINES GAIN; SUBURBS HARD HIT; 55 DEAD IN EAST" with many subheads and related photo. Much more inside.