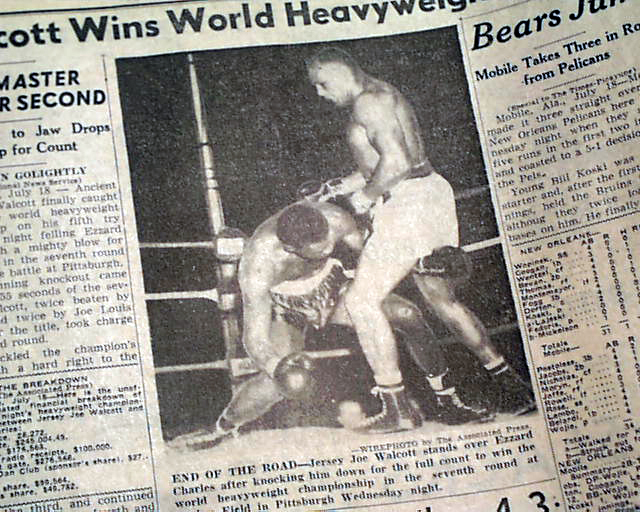 This 52 page newspaper has a six column headline on page 24: "Walcott Wins World Heavyweight Crown; Stops Charles in 7th" with subheads and action photo. (see) Tells of Jersey Joe Walcott becoming the oldest heavyweight boxing champion of all time, at the time until George Foreman in 1994.

Other news of the day throughout. Little spine and mior central fold wear, otherwise good.

Walcott retained the title with a 15 round decision victory against arch-enemy Charles, then, on September 23, 1952, he lost his title to Rocky Marciano by knockout in round 13.

There was a rematch, on May 15, 1953, in Chicago, and the second time around, Walcott was unable to regain his belt when he was again defeated by Marciano by a knockout in the first round.