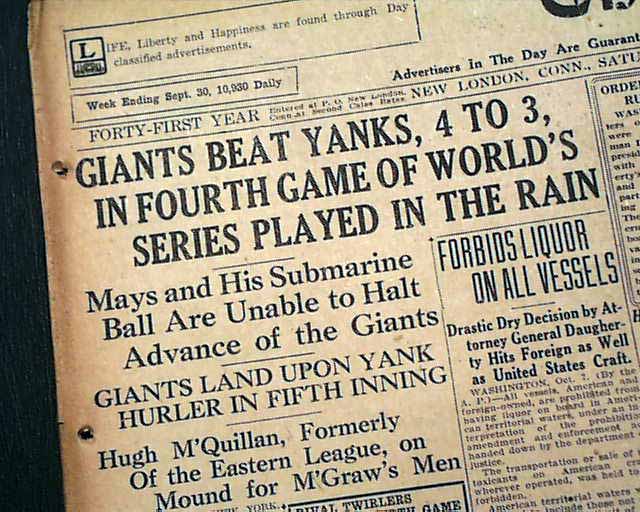 This 14 page newspaper has a three column headline on the front page: "GIANTS BEAT YANKS, 4 TO 3, IN FOURTH GAME OF WORLD'S SERIES PLAYED IN THE RAIN" with subheads and two related photos. (see)

Other news of the day. Light browning with a few small binding holes along the spine, otherwise good.