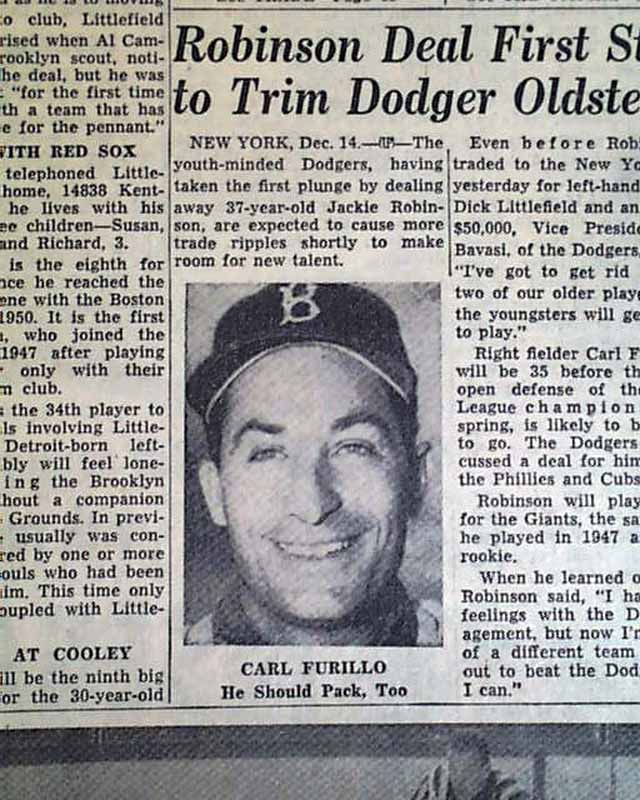 Tells of Jackie Robinson's potential trade that never happened and ultimately put him into retirement soon after.

Other news of the day. Little spine wear, otherwise in good condition.

wikipedia notes: In 1956, Robinson had 61 runs, a .275 batting average, and 12 steals. By then, he had begun to exhibit the effects of diabetes, and to lose interest in the prospect of playing or managing professional baseball. After the season, Robinson was traded by the Dodgers to the arch-rival New York Giants for Dick Littlefield and $35,000 cash. The trade, however, would never be completed; unbeknownst to the Dodgers, Robinson had already agreed with the president of Chock full o'Nuts to quit baseball and become an executive with the company. Since Robinson had sold exclusive rights to any retirement story to Look magazine two years previously, his retirement decision was revealed through the magazine, instead of through the Dodgers organization.