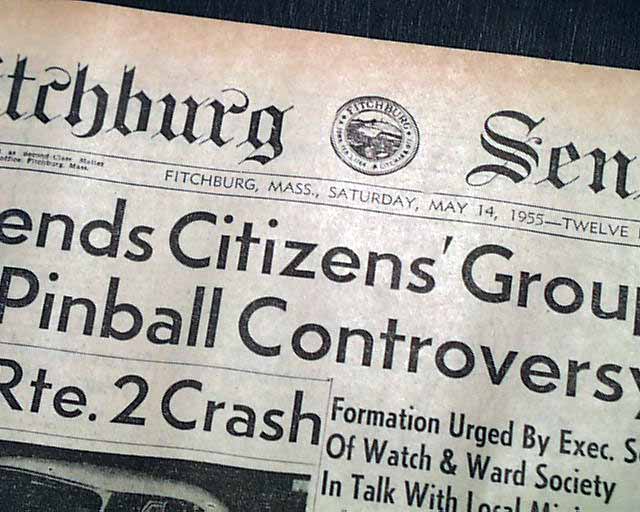 This 12 page newspaper has a two column headline on page 8: "Mantle Poles Three On Switch" which tells of Mickey Mantle hitting 3 consecutive home runs of more than 463 feet in one game.

wikipedia notes: Mickey Charles Mantle (October 20, 1931 – August 13, 1995) was an American baseball player who was inducted into the National Baseball Hall of Fame in 1974.