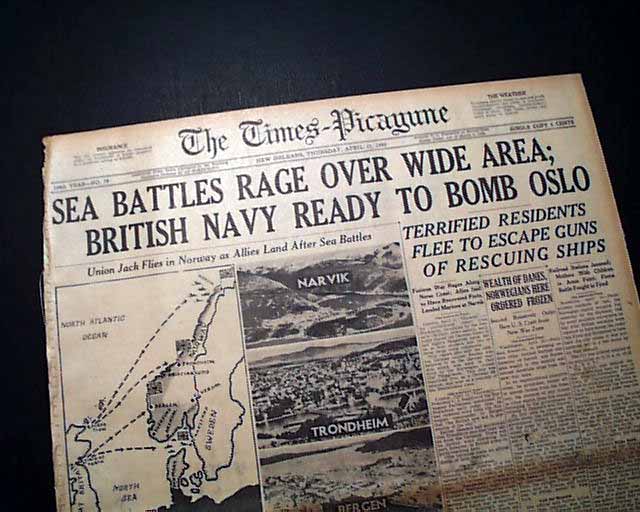 Other news of the day throughout. Light browning with little spine wear, otherwise good.

wikipedia notes: Operation Weserübung was the code name for Nazi Germany's assault on Denmark and Norway during World War II and the opening operation of the Norwegian Campaign. The name comes from the German for Operation Weser-Exercise (Unternehmen Weserübung), the Weser being a German river.

In the early morning of 9 April 1940 – Wesertag ("Weser Day") – Germany invaded Denmark and Norway, ostensibly as a preventive manoeuvre against a planned[citation needed], and openly discussed[citation needed], Franco-British occupation of both these countries. After the invasions, envoys of the Germans informed the governments of Denmark and Norway that the Wehrmacht had come to protect the countries' neutrality against Franco-British aggression. Significant differences in geography, location and climate between the two countries made the actual military operations very dissimilar.