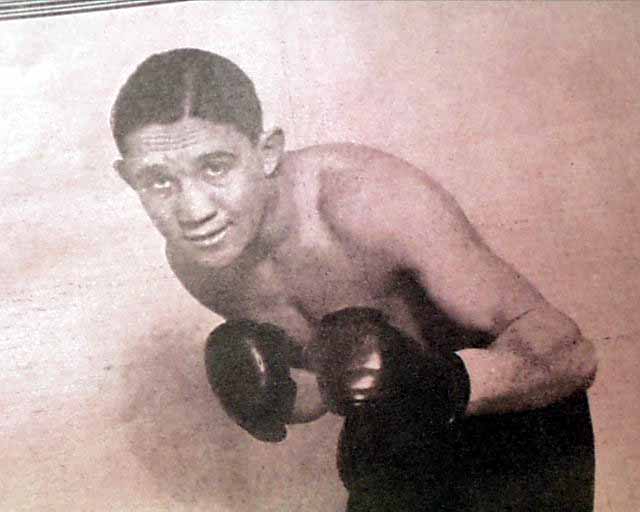 Full page photo inside of "Mushy" Callahan, the Junior Welterweight Champion, in a classic boxing pose.

News and many photos of sporting events of the day. Some dirtiness on the front page, small biding holes in the left margin.

wikipedia notes: Mushy Callahan was the ring name of Vincent Morris Scheer, a boxer and a champion in the light welterweight division.

Callahan was born on November 3, 1904, in New York City. He took the ring name of Mushy Callahan and began boxing in 1924.

In 1930 he put his title on the line against Jack Kid Berg on February 18 in London, England. Berg knocked him out in ten rounds to win the title. There is some dispute about the title being on the line in this fight. The National Boxing Association (NBA) had stripped Callahan of its version of the title before the Berg fight. Furthermore, at the time of the Berg fight, Britain did not recognize the light welterweight division. The New York State Athletic Commission recognized the Berg-Callahan fight as being for the title, however, and Berg won NBA recognition in 1931.