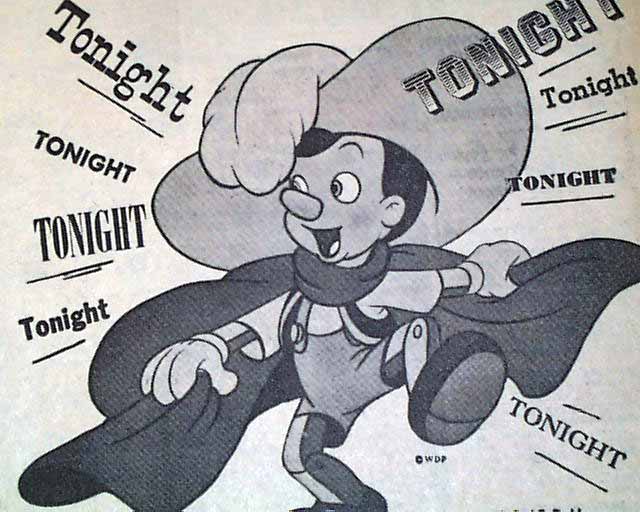 With movies at that time usually released 1st in New York City, this could very well be the very 1st advertisement for this movie classic in any newspaper.

Nice illustration of the main character within this ad. (see) Nice edition for any Walt Disney collector.

This issue has news of the day throughout with other interesting ads.