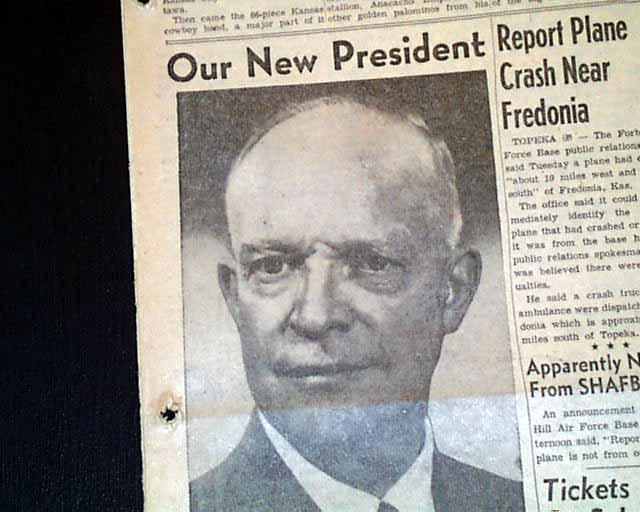 This 14 page newspaper has a banner headline on the front page:

* Eisenhower In As President

with subheads and photo of Ike.