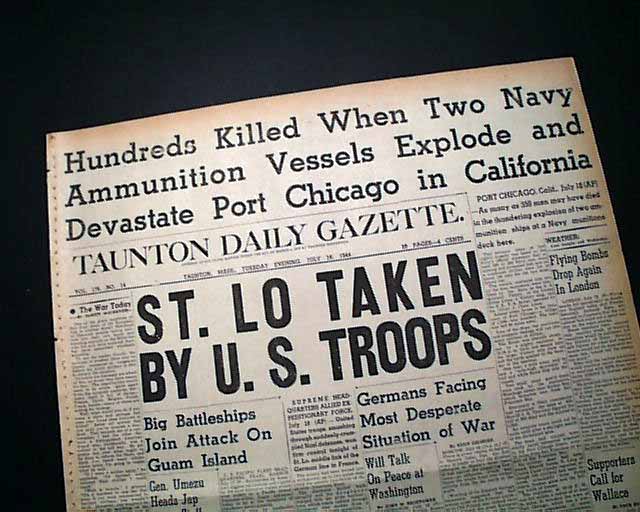 Other news of the day throughout with much on World War II.
Light browning with little margin wear, otherwise in good condition.

source: wikipedia: Port Chicago disaster was a deadly explosion that took place on July 17, 1944 at the Port Chicago Naval Magazine in Port Chicago, California, in the United States. Ammunition being loaded aboard cargo vessels bound for the war in the Pacific exploded, killing 320 sailors and civilians, and injuring more than 400 others. Most of the dead and injured were African American recruits, and the continuing unsafe conditions even after the disaster resulted in a number of servicemen refusing to work, known as the Port Chicago Mutiny, a month later.