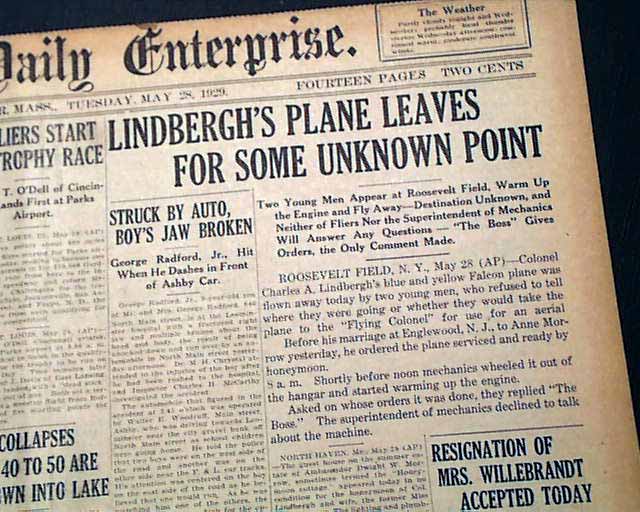 This 14 page newspaper has a three column headline on the front page: "LINDBERGH'S PLANE LEAVES FOR SOME UNKNOWN POINT" with subhead.

wikipedia notes: Anne Morrow Lindbergh (1906-2001) was the daughter of diplomat Dwight Morrow whom he met in Mexico City in December, 1927, where her father was serving as the U.S. Ambassador. According to a Biography Channel profile on Lindbergh, she was the only woman that he had ever asked out on a date. In Lindbergh's autobiography, he derides womanizing pilots he met as a "barnstormer" and Army cadet, for their "facile" approach to relationships. For Lindbergh, the ideal romance was stable and long term, with a woman with keen intellect, good health and strong genes.[42] Lindbergh said his "experience in breeding animals on our farm had taught me the importance of good heredity."[43]