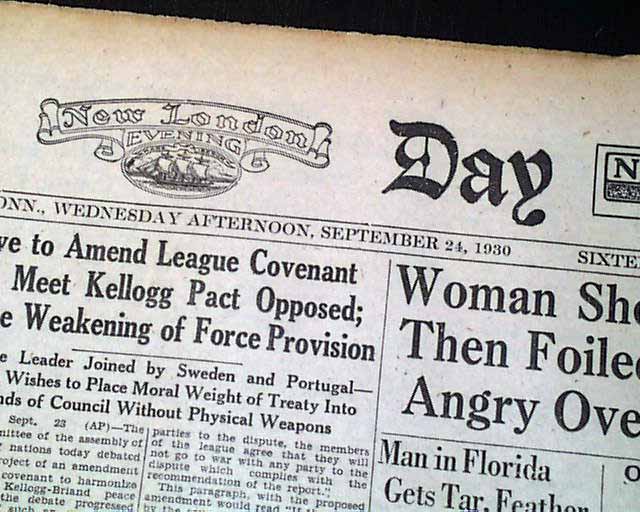 This 16 page newspaper has a two column headline on the front page: "High Treason Charge Against Hitler Is Lessened Today; Is Barred at Officers' Trial".

This was just before Hitler gained power.

Other news of the day throughout. Some browning around the margins with a few small binding holes along the spine, otherwise in good condition.