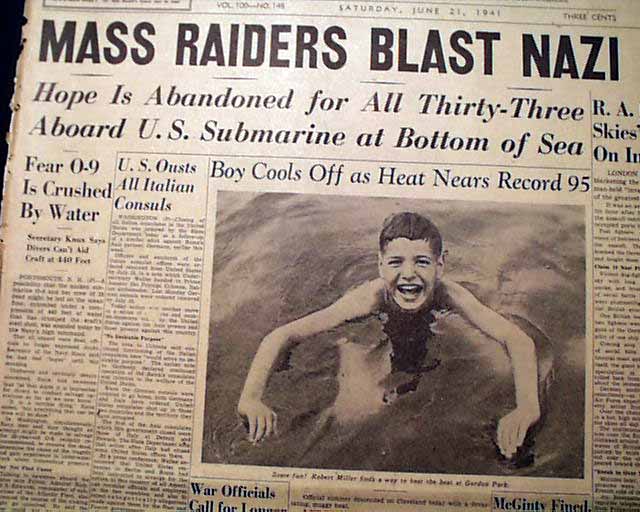 This 16 page newspaper has a six column headline on the front page: "Hope Is Abandoned for All Thirty-Three Aboard U.S. Submarine at Bottom of Sea" with subheads.