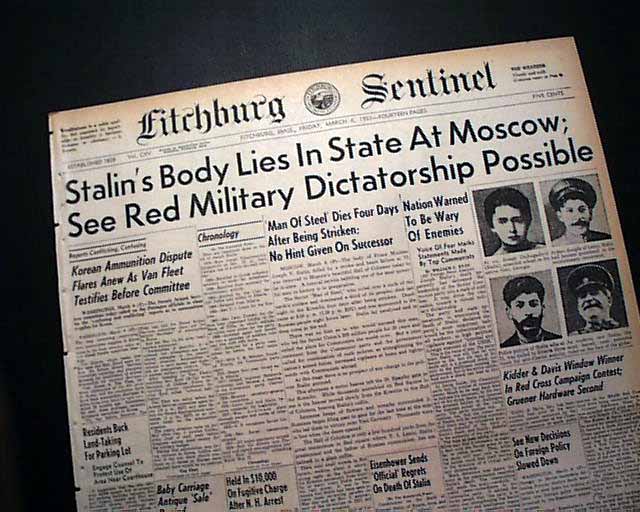 This 14 page newspaper has a nice two line banner headline on the front page: "Stalin's Body Lies In State At Moscow; See Red Military Dictatorship Possible," with subheads that include: "Man Of Steel Dies Four Days After Being Stricken; No Hint Given On Successor" and more with with pictorial of Stalin.

Other news of the day. Little browning around the margins, otherwise good.