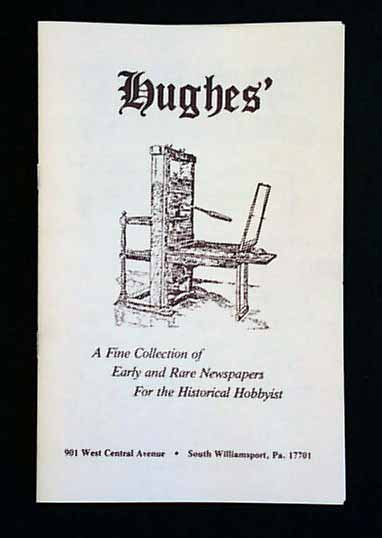 The first catalog by Timothy Hughes...


This is the very first catalog ever released by Timothy Hughes from nearly 30 years ago.

The prices and descriptions for 243 items show how our variety and values have grown alongside Tim's love for historic newspapers. Although this was the first catalog issued, you will note it was not numbered as he was unsure there would ever be a second. Today our catalog number exceeds 150.

An interesting keepsake from the days when Civil War newspapers were still priced at only five dollars.  A great way to join us in a walk down memory lane.