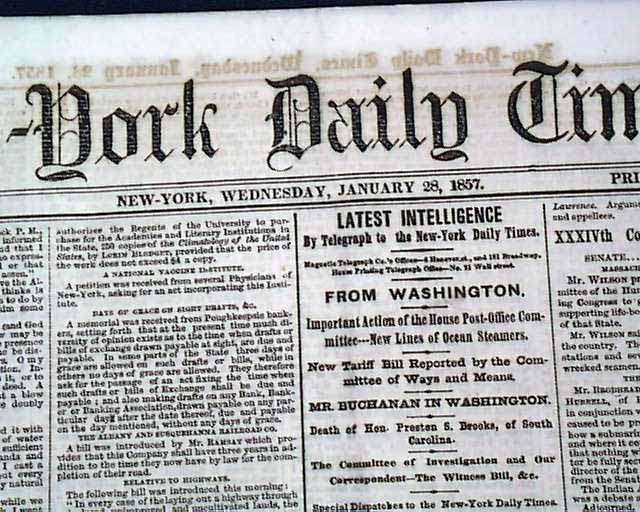 On the front page under Death of Hon. Preston Brooks is a report from Washington stating in part: "...Preston S. Brooks died this evening at Browns Hotel. He had been in bed...suffering from the effects of a severe cold. He was telling his friends he had passed the crisis of his illness, when he was seized with violent croup, and died..."

Other news of the day includes: "American Interests in China", "Marine Matters", "Long Island", and much more.