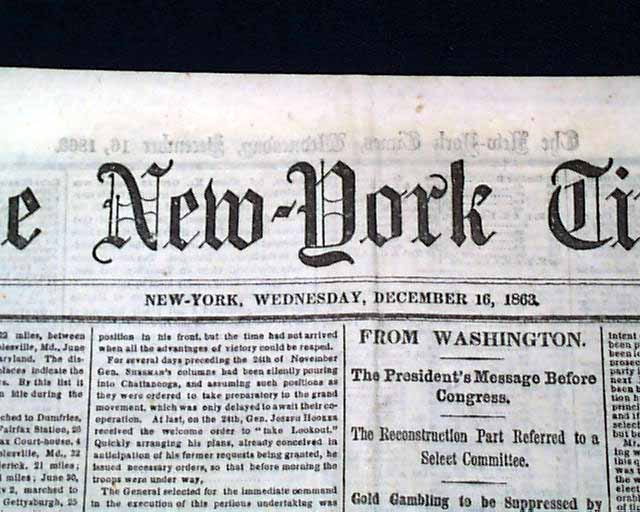 This 8 page newspaper is in nice condition due to the use of cotton and rag paper during this very historic time in U.S. history. This issue is loaded with advertisements and Civil War reports throughout from the day it was first reported which includes the following headlines: "GEN. BUTLER'S DEPARTMENT" "The Rebel Force at Charles City Court-House Captured" "Splendid Marching Of Our Troops" "FROM EAST TENNESSEE" "Advices from Knoxville to Monday Morning" and much more.