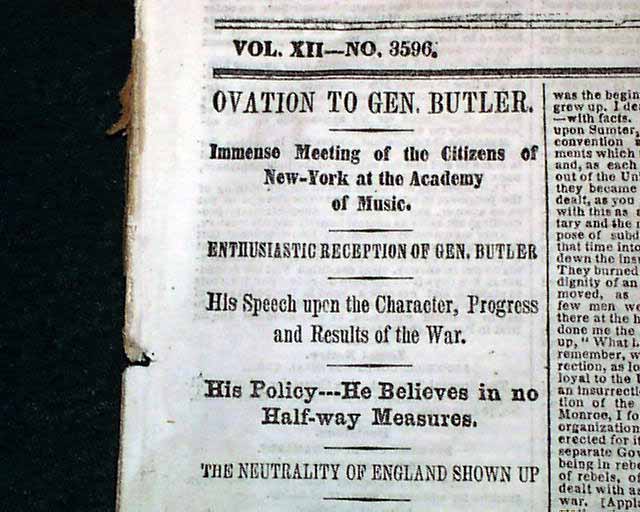 * Battle Near Somerset, Kentucky
* The Affair at Point Pleasant

This 8 page newspaper is in nice condition due to the use of cotton and rag paper during this very historic time in U.S. history. This issue is loaded with advertisements and Civil War reports throughout from the day it was first reported which includes the following headlines: "IMPORTANT FROM KENTUCKY" "Official Reports of the Battle Near Somerset" "COMPLETE DEFEAT OF THE REBELS" "Five Hundred of them Killed, Wounded and Captured" "Our Loss Only About Thirty" "Cluke's Guerrillas Dispersed" "DEPARTMENT OF THE GULF" "THE FIGHT IN WESTERN VIRGINIA" "Further Particulars of the Affair at Point Pleasant" and much more. SEE PHOTOS. A nice piece of history from this famous newspaper.