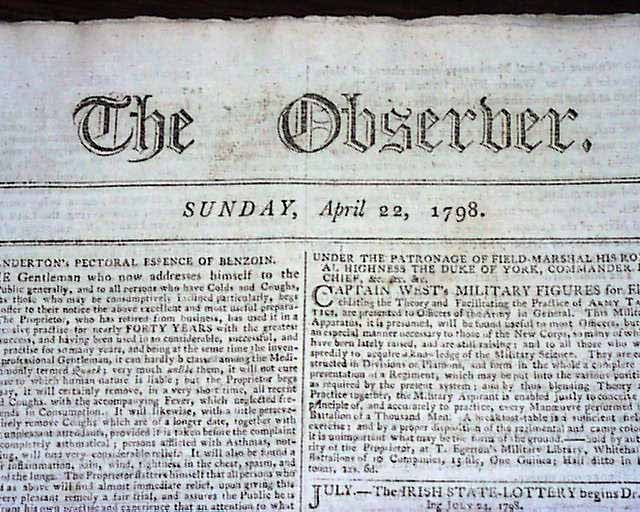 Item # 209152 THE OBSERVER, London, 1798 A fine, folio size newspaper of 4 page with various news & ads from the late 18th century, during the time of the Napoleonic war and the action in Egypt & elsewhere. Most of the news is from the United Kingdom but some other European reports as well. Never-trimmed margins and with a red-inked tax stamp on the inside. Some edge wear, generally nice. The photo below is "generic" however the issue you receive will have a similar look & will be dated 1797 or 1798.