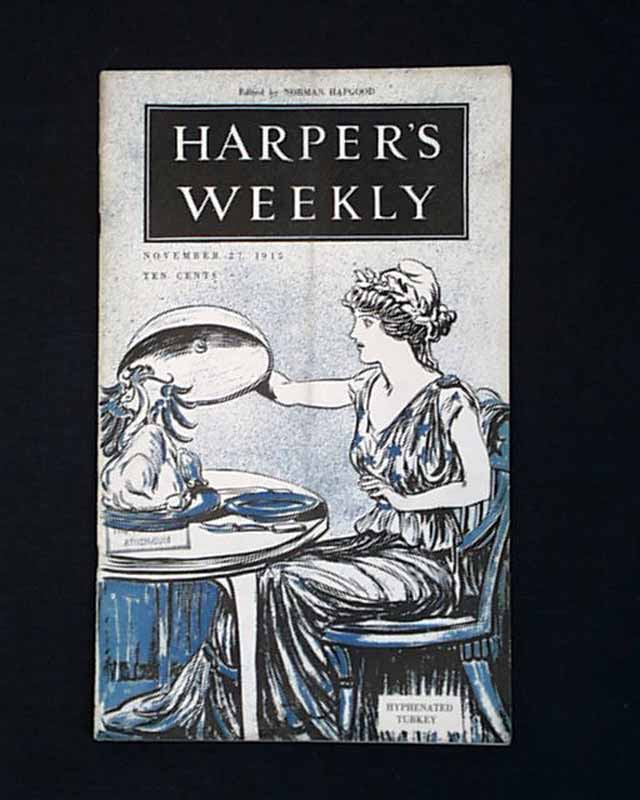 This issue has a color cover page before the title page which has an illustration titled "Hyphenated Turkey." On the back of the cover page there is a photo of "Emperor and Kaiser."

In this issue, there are several articles including "Cloture in the Senate" by Senator Robert L. Owen, of Oklahoma; "The Aftermath" by Charles Reitzel; "The Future of the Jews in America"; "Understanding Germany" by Max Eastman; "Hits on the Stage"; "Fight Stimulant" by Reginald Earle Looker; "Harvard, Gridiron Deceiver" by Herbert Reed and "Political Drama in San Francisco" by Mary Roberts Coolidge plus much more.

There are also several illustrations in this issue including "Pen and Inklings--Studies in Curves at the Hippodrome" by Oliver Herford and the double page centerfold illustration which says "'Whose grave are you digging?' 'British hopes or German ambitions--time will tell" by Morris.