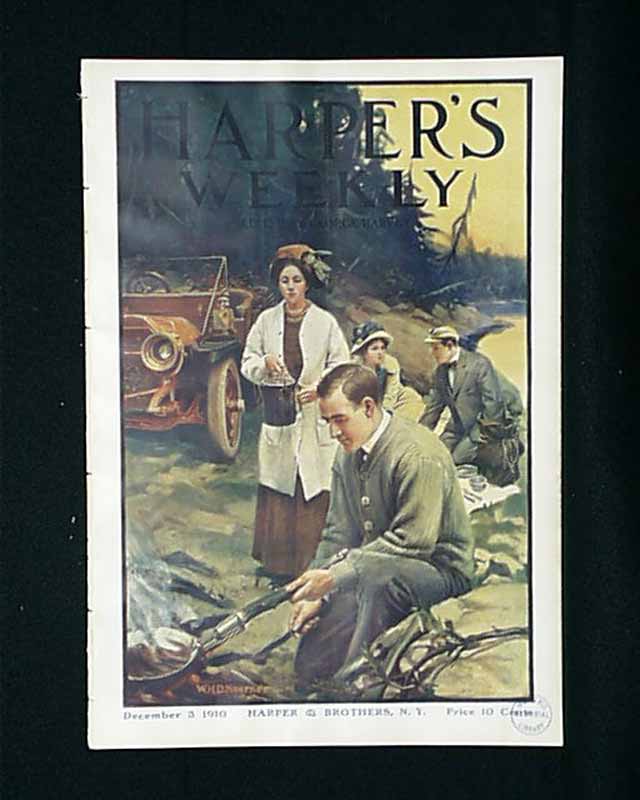 There is a full color cover page on this issue. The front page of this issue is a photo of "Excelsior!"

This issue has an illustration of "'This Rock Shall Fly from its Firm Base as soon as I' " drawn by Kemble. There is an article with photos of "Keeping Down Tire Expenses" by Herbert L. Towle and photos of "Two Priceless Relics of the East."  Also in this issue is a photo of "A Flower of the English Stage" and the double page illustration is of "The Stampede" by Stanley L. Wood. There is also an illustration of "One Horse-Power Versus Thirty" by Earle Scoville and much more.