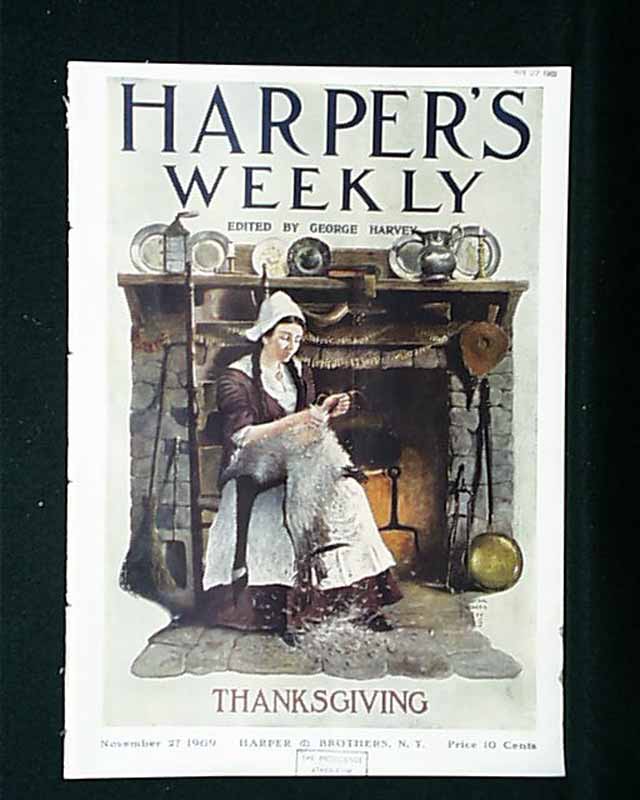 There is a color cover on this issue related to Thanksgiving, by William Harnden Foster, which is displayable.  It has a small library stamp which is difficult to see in the image. The front page also has a photo of "William M. Laffan", who was the publisher, editor, and/or part owner of several newspapers, including:  The New York Sun, the Baltimore Daily Bulletin, and the San Francisco Daily Bulletin.  He was a well-known friend, correspondent, and publisher of Mark Twain.