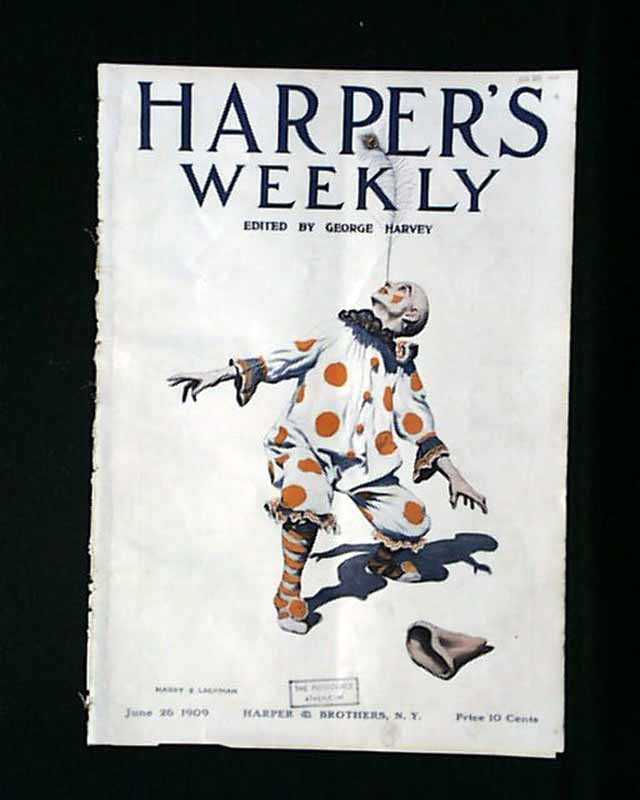 
HARPER'S WEEKLY, New York, June 26, 1909  There is a color cover on this issue. The front page of this issue has a photo of "Diversions of a Statesman."

This issue has a photo of "London From an "Invader's" War-Balloon" and a photo spread of "Our New Summer Capital"; plus a photo of "A Star Among "The Midnight Sons." This issue also has a double page illustration of "Has it Ever Happened to You?--He Had Offered Her a Stroke a Hole--He is Now Five Down, Playing Even--And He did so Want to Make an Impression" by James Montgomery Flagg. There is also an illustration of "Saturday Afternoon in Central Park" by Power O'Malley plus an illustration of "A Gallery of Golfers--H. Chandler Egan" by Kemble and much more.