Home > Motor-Car as engine of war....
Click image to enlarge 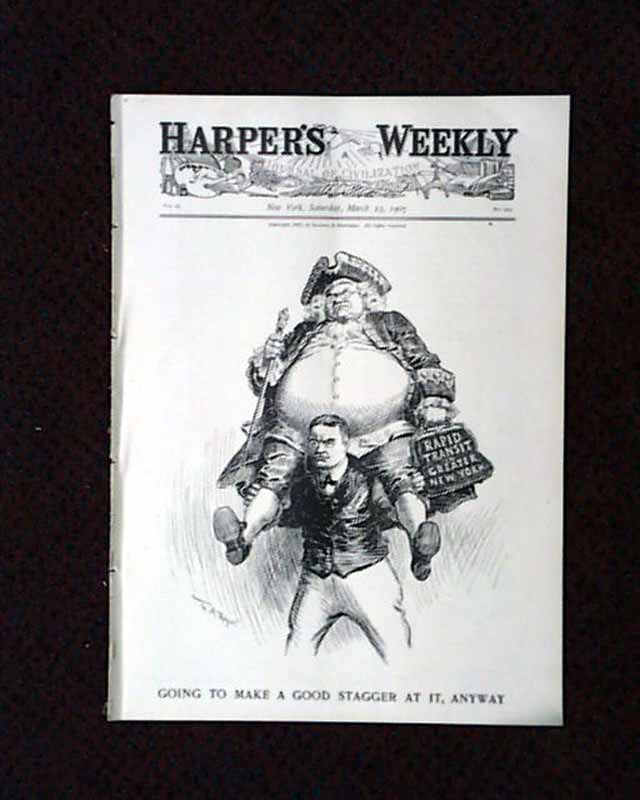 Motor-Car as engine of war....


HARPER'S WEEKLY, New York, March 23, 1907 There is a front page illustration, "Going to Make a Good Stagger at it, Anyway" by W. A. Rogers. There is an article of "Our Real War With Japan" by William Inglis. There is an illustration of "Top Speed and 40-Cupid Power" by Alden Dawson and an double page illustration by James Montgomery Flagg called "Two Arrivals." There are also, photos of "The Motor-Car as an Engine of War"; "Notable Paintings at the Current Exhibition of the Academy of Design"; "Winter Diversions of Royalty"; "Reviving the Life of the Forty-Niners in the Nevada of To-Day"; "Three Personalities in the Week's News" and other advertisements of the day are included as well. See photos for full details.