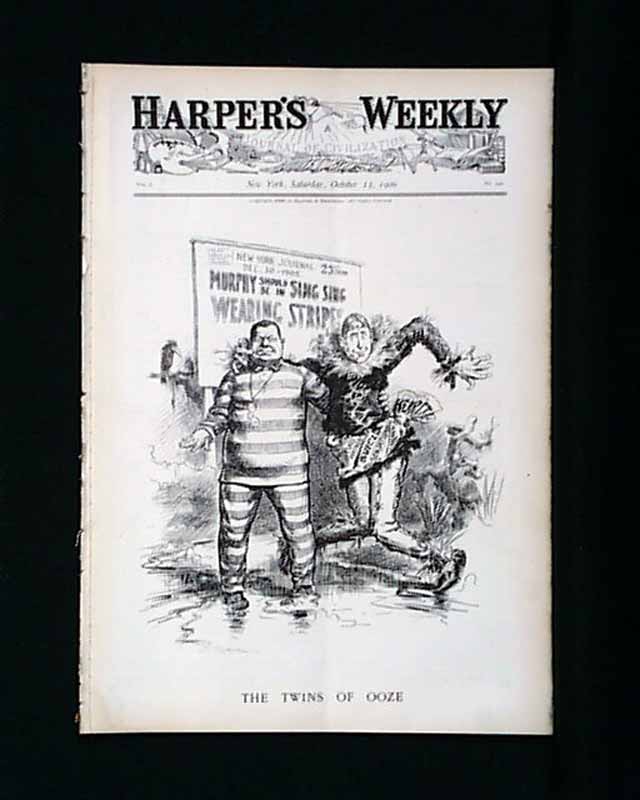 
HARPER'S WEEKLY, New York, October 13, 1906 There is a front page illustration, "The Twins of Ooze" by W. A. Rogers. There are many photos in this issue such as "Charles Evans Hughes, the Republican Candidate for Governor of New York"; "Officers of the Army and Navy Commanding Operations in Cuba"; "One of the Great Seacoast Rifles Which Guard New York"; "The Contestants in the Rifle Match Between England's Crack Sharpshooters and the Seventh Regiment Team" and other advertisements of the day are included as well. See photos for full details.