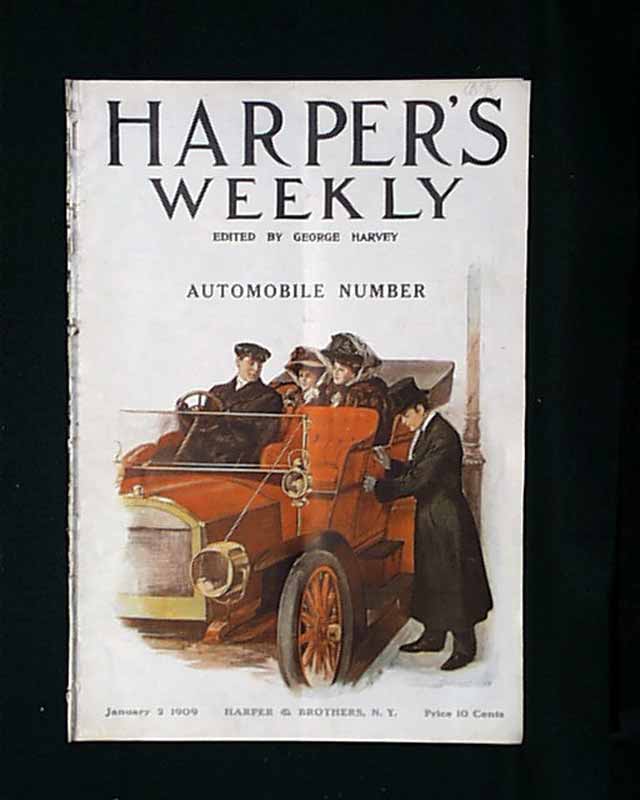 
HARPER'S WEEKLY, New York, January 2, 1909  There is a color cover on this issue with an illustration called "Automobile Number." The front page of this issue has a photo of "The Next Secretary of State."

This issue has an illustration of "The New Light" and a photo of "Miss Julie Opp." There is also a double page illustration by James Montgomery Flagg called " 'Can't You Really Make it Go, George?' " and photos of "The Paris Automobile Show" and much more.