Home > Earliest "newspaper" you will find ?
Click image to enlarge 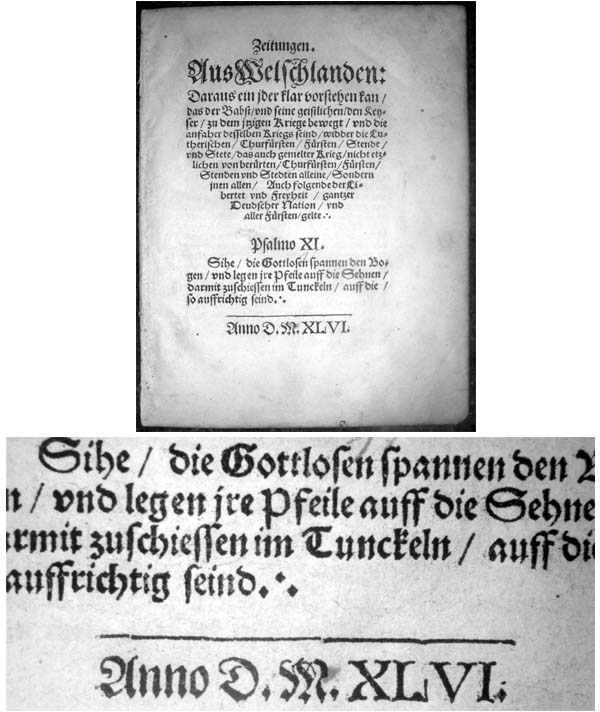 Earliest "newspaper" you will find ?


ZEITUNGEN, AUS WELSCHLANDEN, Germany, 1546 (in Roman numerals on title page). I have often sold various newsbooks--predecessors of today's newspapers--from the 1640's to 1660's before the more formal "newspapers" became popular. But rare is the opportunity to purchase a bonafide "newspaper" from yet another 100 years earlier. "Zeitungen" is "news" in German. The content deals with the Schmalkaldian War, during which the Catholics fought the Protestants to stop the spread of the Reformation in Germany. This issue measures 7 1/2 by 6 inches and contains 20 pages. Wide margins, just a bit of foxing mostly limited to the margins, generally in great condition. A very rare opportunity for a genuine newsbook of the 16th century, and very likely the early "newspaper"--if not printed item of any type--you will add to your collection. This is 457 years old!