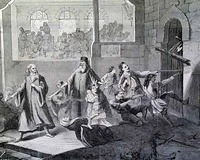 
HARPER'S WEEKLY, New York, February 2, 1867. Ftpg. has 2 views of the 'St. John, New Brunswick, Skating Rink' building. Great dblpgctrfld: 'Scenes on a Cotton Plantation' shows 12 scenes, most showing Blacks in various chores, including picking, hoeing & with the cotton gin. 'Burning of the Hyatt House, Janesville, Wis.'
Other news and advertisements of the day are... See More 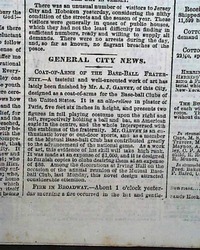 Player designs a coat-of-arms for "Baseball Clubs of the U.S."...


NEW-YORK TIMES, Feb. 4, 1867  On the back page under "General City News" is a unique report about the creation of a coat-of-arms "...for the Base-ball Clubs of the United States..." by A.J. Garvey, a member of the New York Mutual club. The coat-of-arms is described as: "...an alto-relievo in plaster of Paris, 5 feet 6 inches in height, and presents two figures in full... See More 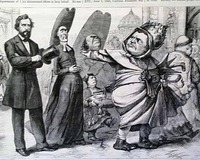 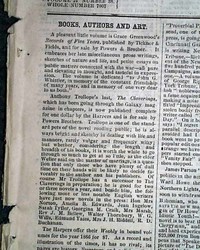 The front page, under "BOOKS, AUTHORS AND ART," has a rather lengthy positive review of Harper's Weekly Illustrated. A portion states: "The Harpers offer their Weekly in bound volumes for the year 1866 for $7. As a record and i
... See More 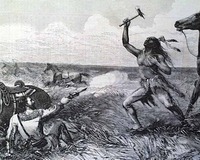 
HARPER'S WEEKLY, February 14, 1867 (print only) This is a single leaf full page print taken from this issue entitled "The Last Shot" which is an Indian illustration from a picture published by Currier and Ives. This is a genuine leaf from the issue--not a reprint measuring approximately 10.25 x 15.5 inches and is in good condition. 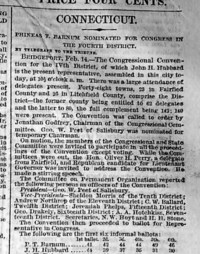 
NEW YORK TRIBUNE newspaper dated Feb. 15, 1867. See the photo below for the interesting front page one column heads (at the top of the last column) announcing that "Phineas T. Barnum Nominated for Congress in The Fourth District" in Connecticut, plus some related text including a chart showing the election returns and the actual count. Front page has some creases caused during printing but causing... See More 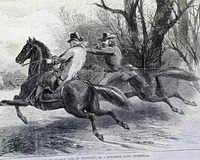 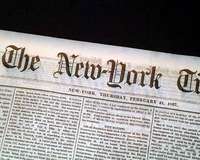 The front page has the following one column headlines:

Other news of the day throughout. Little margin wear, otherwise in nice conditi... See More 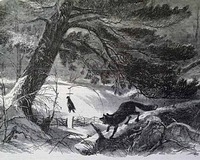 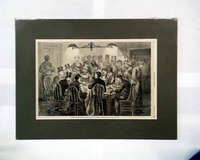 This is a single-page framed print. The print contains a single page illustration "Scene in a New York Faro Bank - The Critical Moment: Making 'The Turn' ". 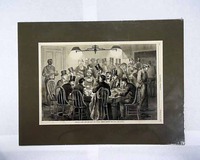 This is a single-page framed print. The print contains the engraving "Scene in a New York Faro Bank - The Critical Moment: Making 'The Turn' ".

The print size is approximately 9.75 x 14.75 inches and the overall matted size approximately is 14.75 x 19.75 inches. The matting color is a medium shade of green/grey color... See More 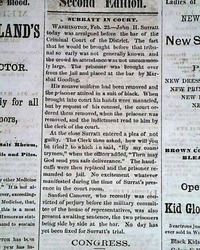 Page 3 has a one column heading: "Surratt In Court". See image for text.
Other news of the day with several interesting advertisements. Complete in 4 pages, minor spine wear, nice condition.