Home > Back to Search Results > Babe Ruth races out of jail to get to the ball game...
Click image to enlarge 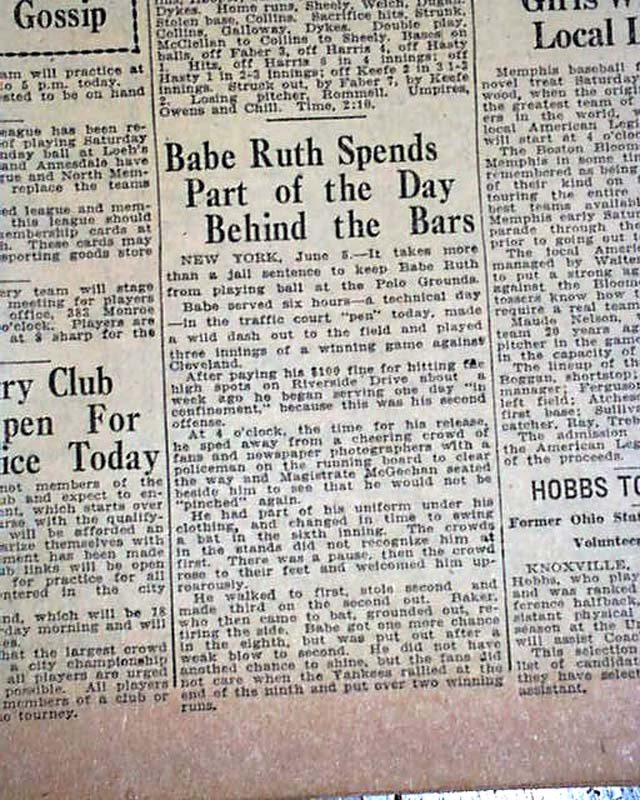 Babe Ruth races out of jail to get to the ball game...

The bottom of page 13 has a one column heading: "Babe Ruth Spends Part of the Day Behind the Bars" with bits including: "It takes more than a jail sentence to keep Babe Ruth from playing ball... Babe served six hours...in the traffic court 'pen'...made a wild dash out to the Polo grounds...after paying his $100 fine...began serving one day in confinement because this was his second offense..." with more.
Complete with 18 pages, light toning and some wear at the margins, should be handled with care.