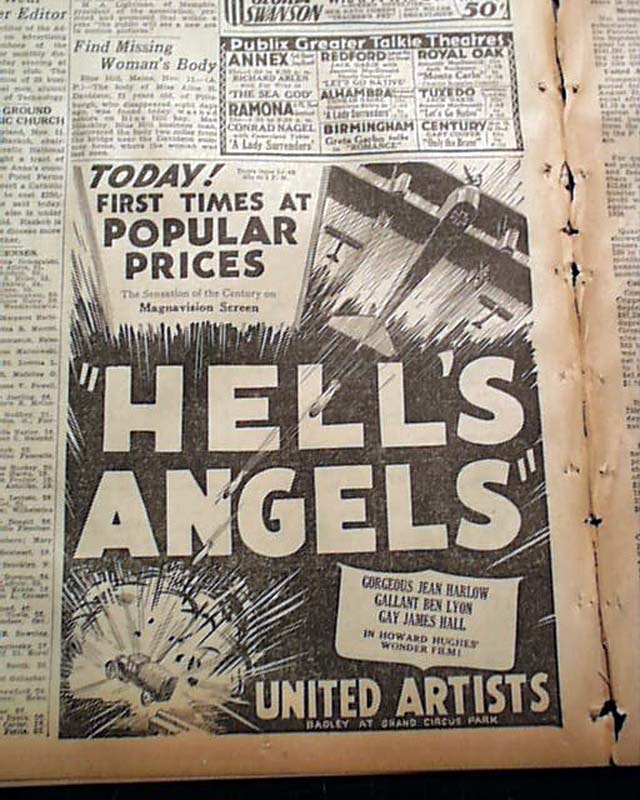 This issue has a very significant & historic advertisement for the movie "Hell's Angels" on page 18. The ad measures 7 1/2 x 6 inches and is for the opening day premiere for the film in the city of Detroit. (see)
Complete with 26 pages, light toning and minor wear at the margins, generally in good condition.