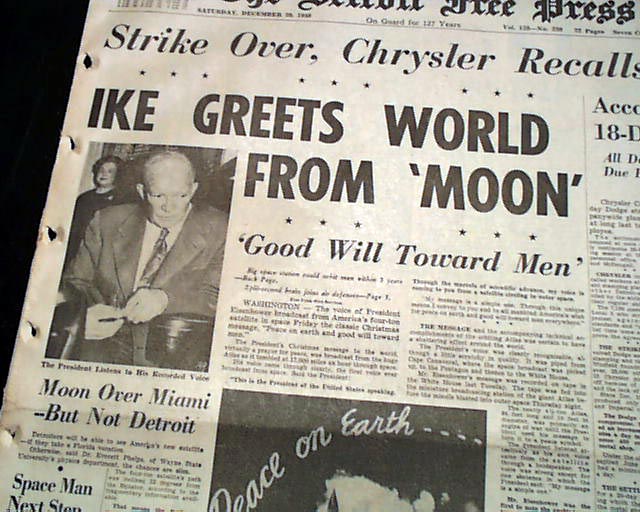 The front page has a nice headline: "IKE GREETS WORLD FROM 'MOON'" with subheads and two related photos.
Complete with 22 pages, small binding holes along the spine column, generally nice.

wikipedia notes: On 18 December 1958, the launch of Atlas 10B sent the missile into orbit around the Earth (without use of an upper stage) carrying the "SCORE" (Signal Communications by Orbiting Relay Equipment) communications payload. Atlas 10B/SCORE, at 8,750 lb (3,970 kg) was the heaviest man-made object then in orbit, the first voice relay satellite, and the first man-made object in space easily visible to the naked eye due to the large, mirror-polished stainless steel tank. This was the first flight in what would be a long career for the Atlas as a satellite launcher. Many retired Atlas ICBMs would be used as launch vehicles, most with an added spin-stabilized solid rocket motor upper stage for polar orbit military payloads. 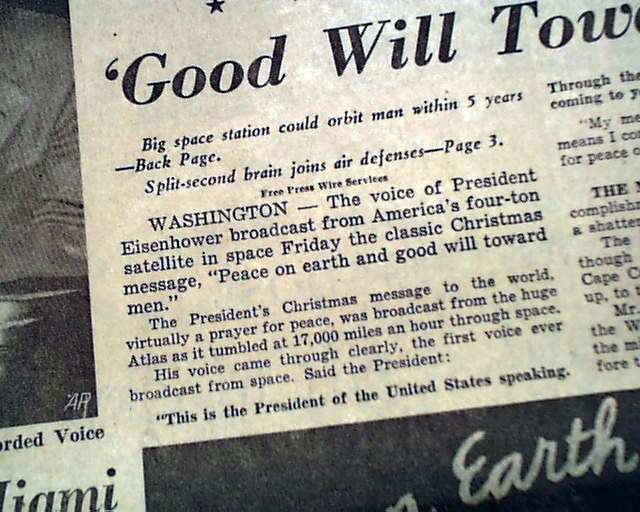 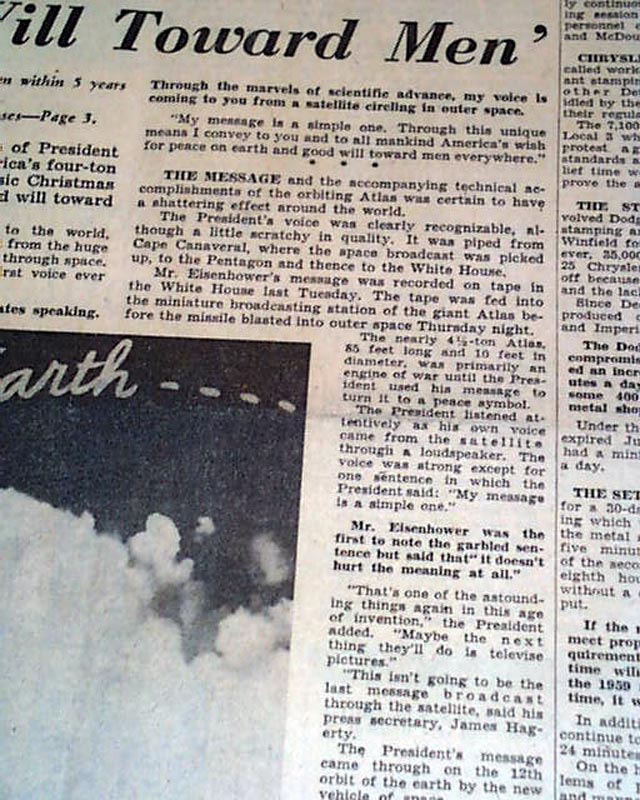 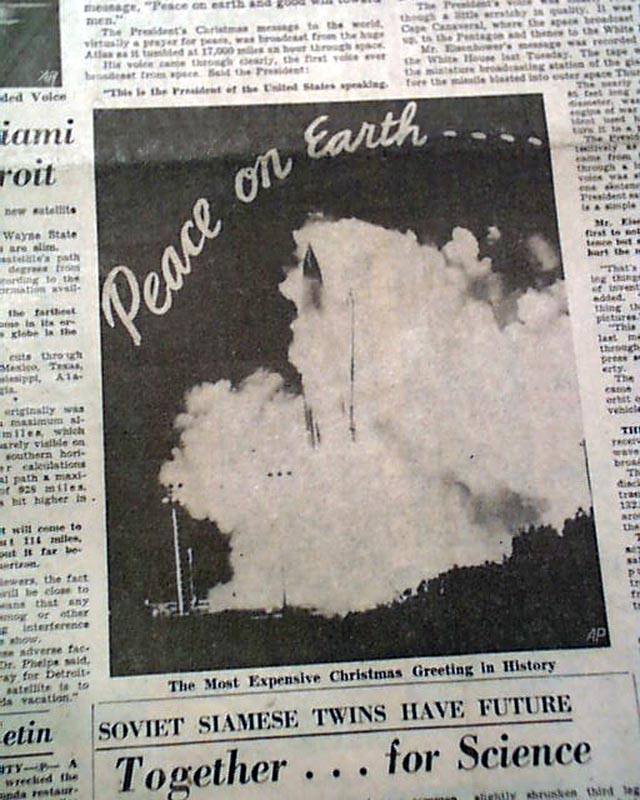 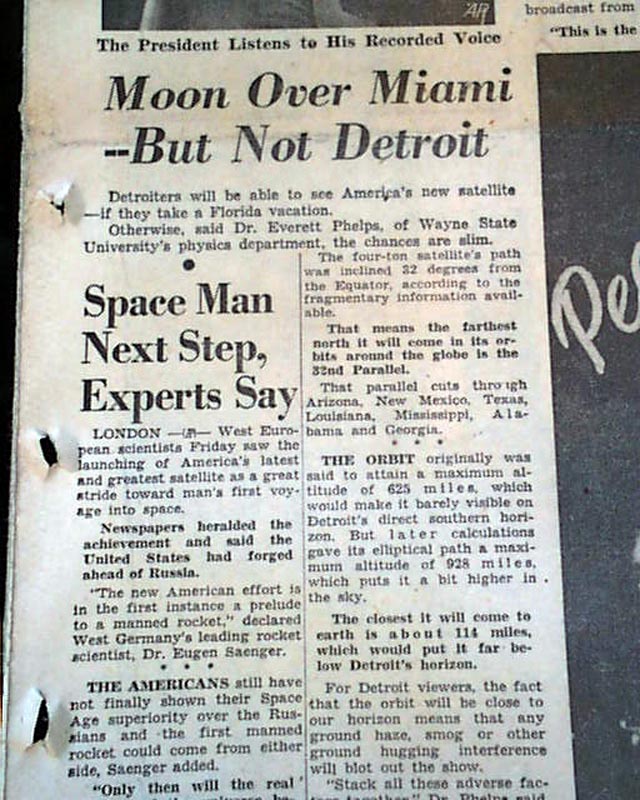 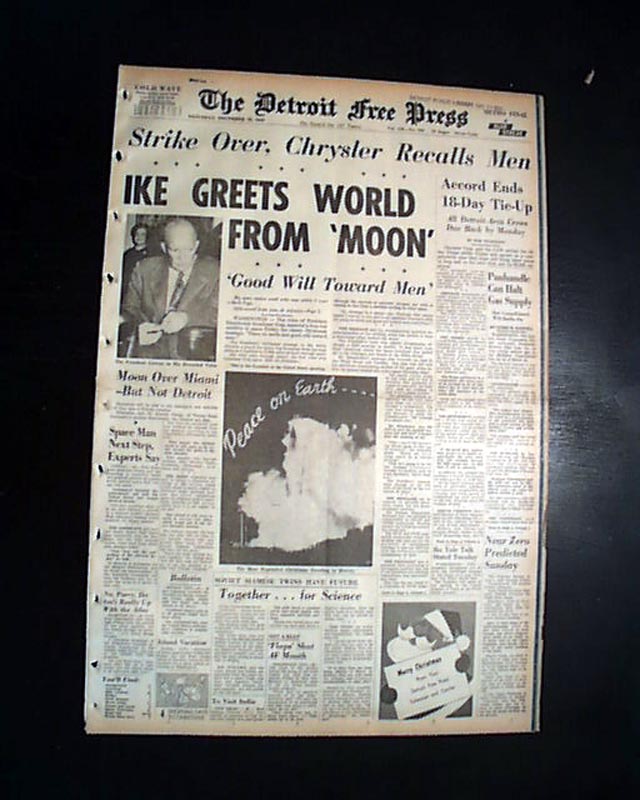 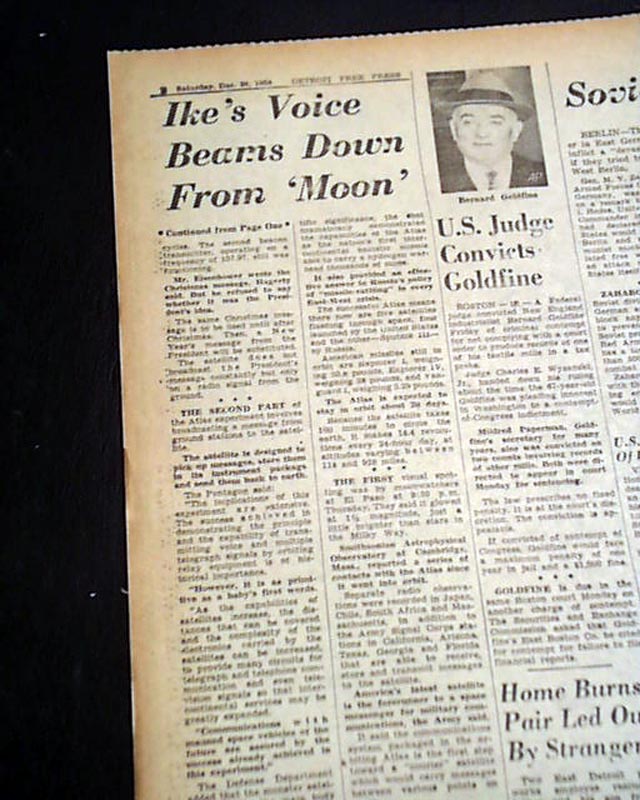