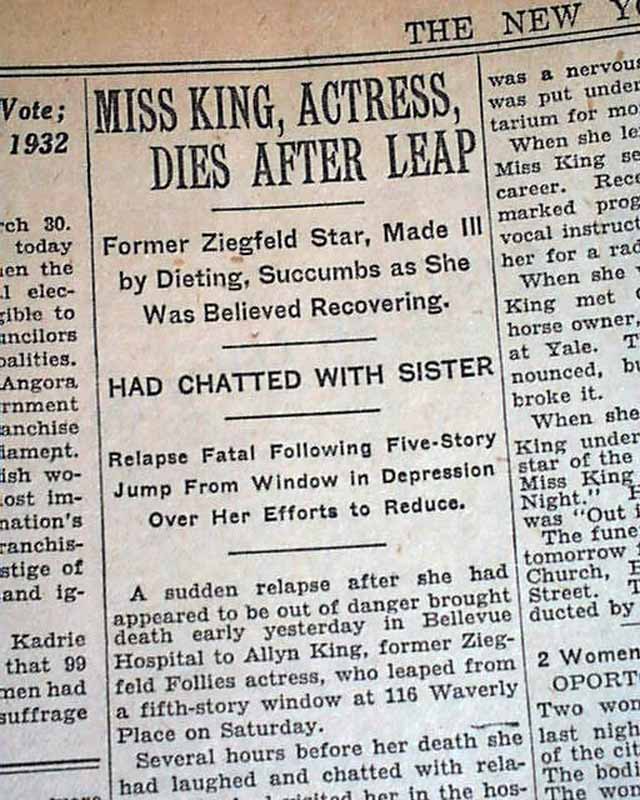 Page 12 has one column heads: "MISS KING, ACTRESS DIES AFTER LEAP" "Former Ziegfeld Star, Made Ill by Dieting, Succumbs as She Was Believed Recovering" and more.
Complete in 42 pages, a bit irregular at the spine, otherwise nice. 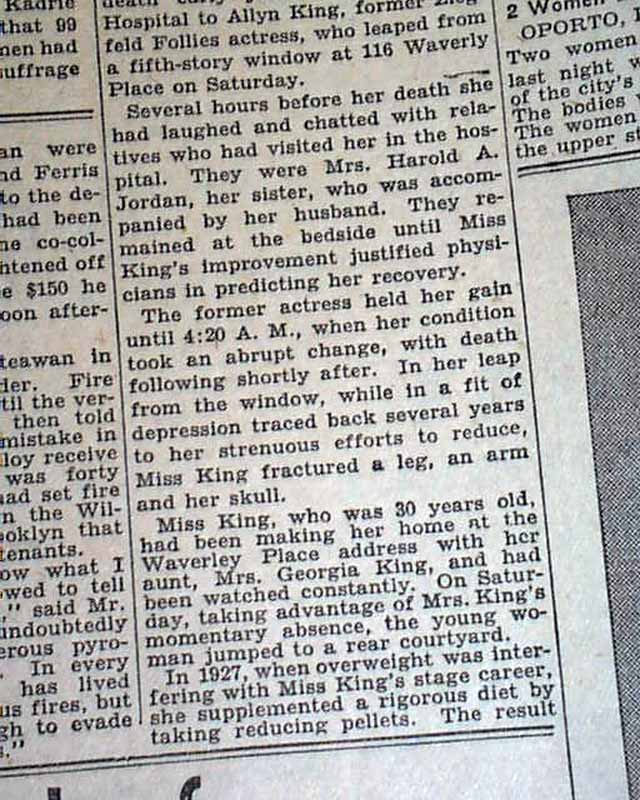 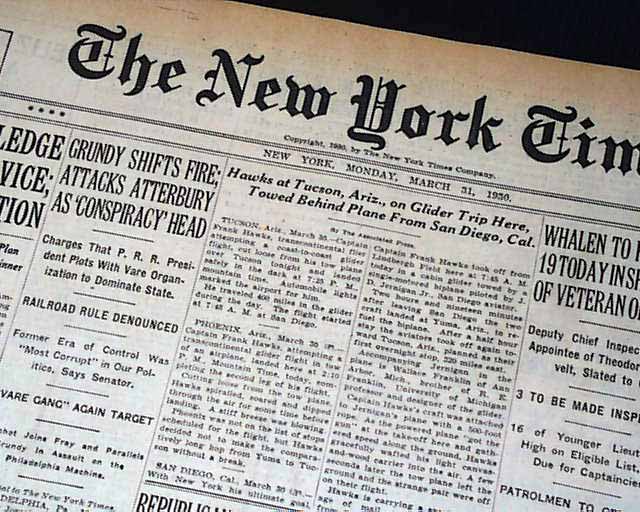 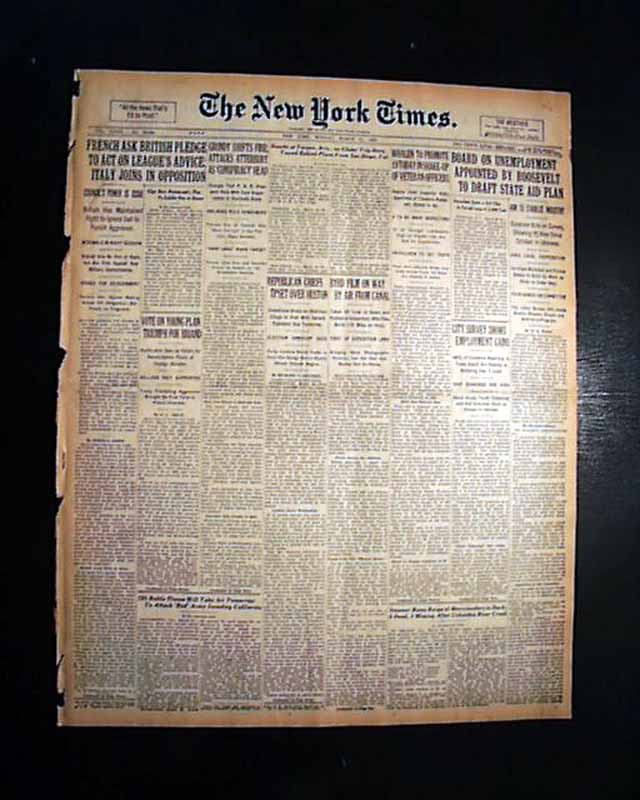