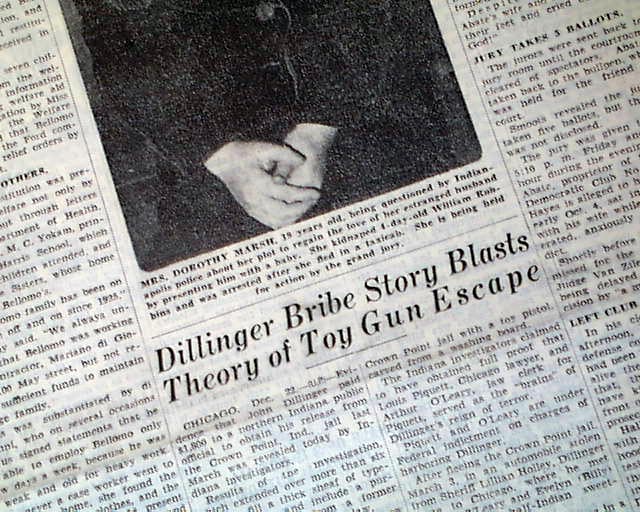 The front page has a two column heading: "Dillinger Bride Story Blasts Theory of Toy Gun Escape". (see) This was one of the most famous escapes from a jail in United States history. Dillinger was killed a few months earlier.
Complete with 24 pages, rag edition in very nice condition.