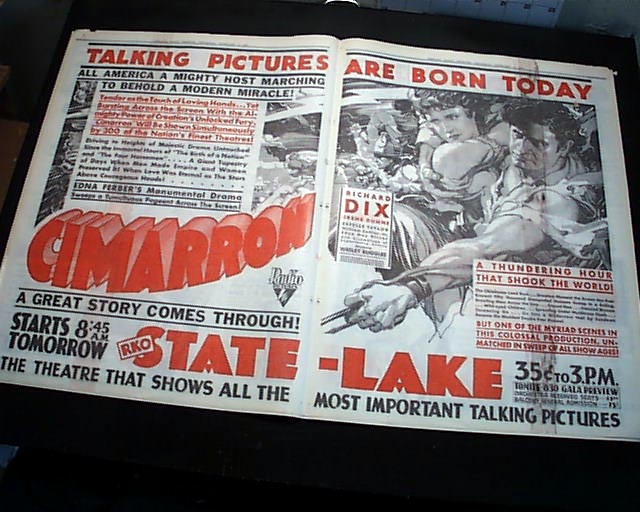 Pages 10 & 11 has a terrific duo tone advertisement for the movie "Cimarron" for it's opening day (eve). A printing flaw somewhat affects this ad. (see) This film was the first of 3 Westerns to win the Academy Award for Best Picture. Great for display.
Complete with all 32 pages, rag edition in great condition. A few small binding holes along the spine as well as the printing flaw.

wikipedia notes: At the 1931 Academy Awards ceremony at the Biltmore Hotel in Los Angeles, Cimarron was the first film to receive more than six Academy Awards nominations and be nominated for the Big Five awards (Best Picture, Best Director, Best Actor, Best Actress, and Best Writing). Additionally, it is one of only two films (the other being Who's Afraid of Virginia Woolf?) to receive nominations in every eligible category. It won for three of them, including Best Picture.