Home > Back to Search Results > Death of Jesse James...
Click image to enlarge 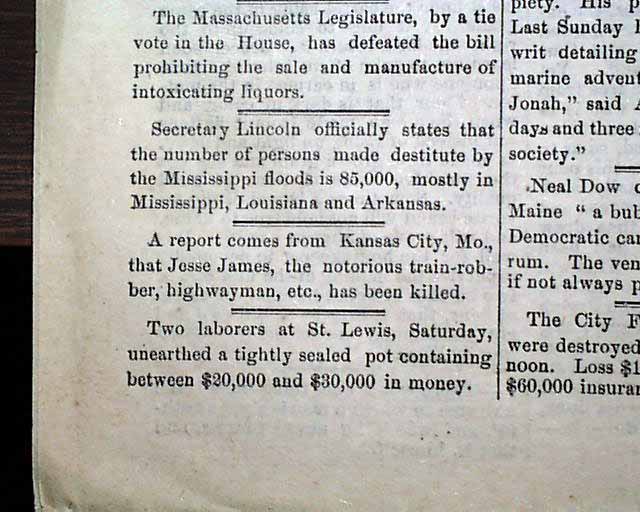 Page 4 of this issue contains a very brief and inconspicuous report on the death of the notorious outlaw Jesse James.  It reads in its entirety: "A report comes from Kansas City, Mo., that Jesse James, the notorious train robber, highwayman, etc., has been killed." This report gives some evidence that Jesse James grew more in legend after his death as it was not a significant item when he was killed.
A very timely report as he was killed by fellow outlaw Robert Ford on April 3.
Eight pages, in good condition save for being a bit irregular at the blank spine margin.