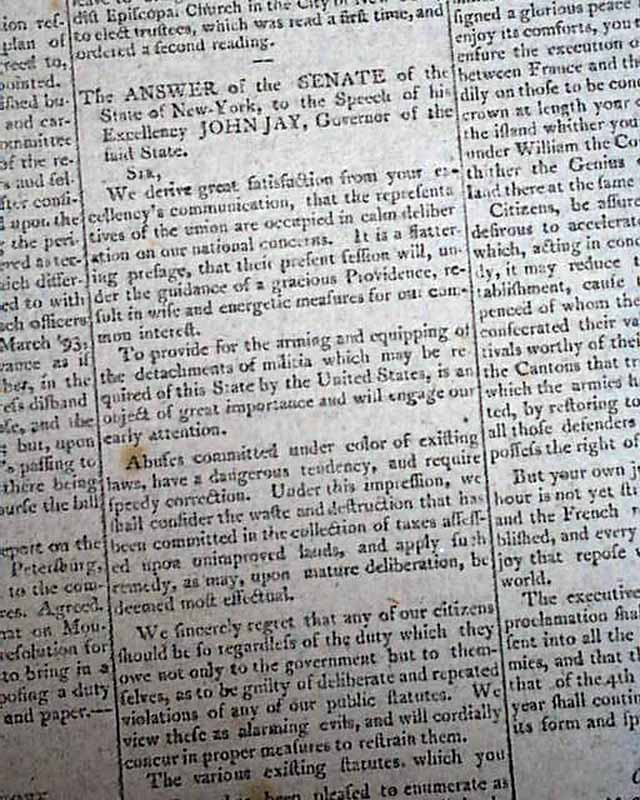 * Governor John Jay
* His response to the New York Senate

The back page has the "Answer of the Senate of the State of New York to the Speech of...John Jay, Governor..." which is followed by his response, signed in type: John Jay.
Four pages, never bound nor trimmed, nice condition.