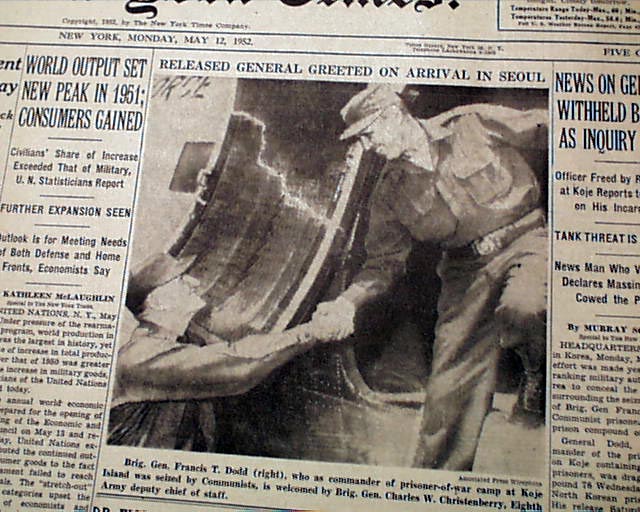 The top of the front page has a three column photo with heading: "Released General Greeted On Arrival In Seoul" Also a one column heading: "NEWS ON GEN. DODD WITHHELD BY ARMY AS INQUIRY STARTS" with subheads. (see)
Complete with 44 pages, light toning at the margins, nice condition.

wikipedia notes: Francis Townsend Dodd was a U.S. Army brigadier general held hostage by North Korean POWs during a camp uprising when he was commander of the United Nations-administered prisoner-of-war camps on Koje Island during the Korean War. The incident led to a North Korean propaganda victory after the Army was forced to make embarrassing admissions to secure Dodd's release. Dodd and others involved in the incident subsequently suffered career-ending damage to their reputations.