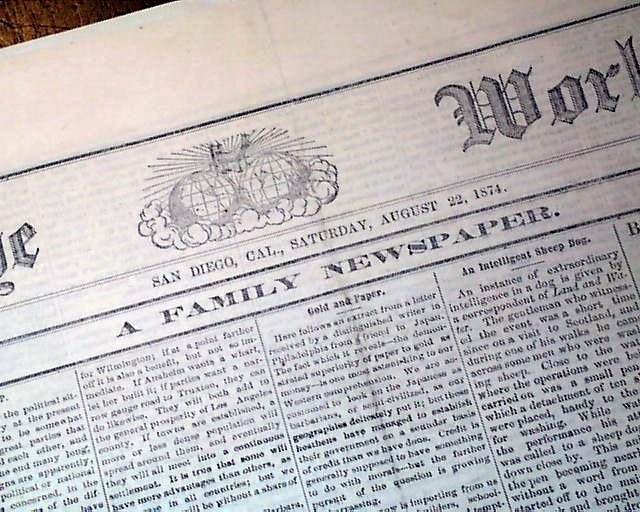 A very early issue from this now-famous Southern California city, this issue published when the population was just 2,300.
Among the articles are: "Arizona" with several reports; "The Black Hills" "From Lower California" "All About San Diego" and much more.
Four pafges, never bound nor trimmed, nice condition.